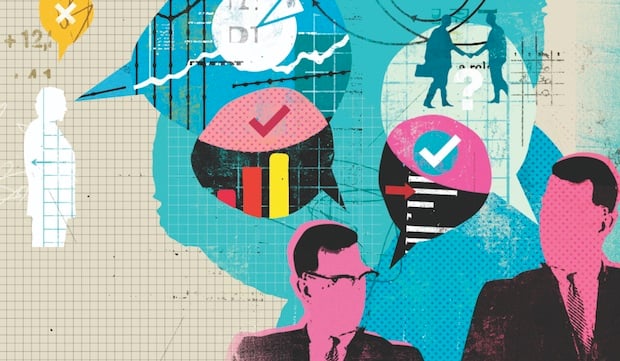 Gulf economies have prospered not only due to oil revenues, but also primarily thanks to a successful state-led developmental model that has driven gross domestic product growth averaging 4.8 per cent from 2000 to 2014.

However, oil receipts are now down in excess of 60 per cent, exerting negative pressures on growth in the Gulf Cooperation Council.

Singapore, which ranks number four in the 2016 World Competitiveness Report, provides a relevant model of government-led, innovation-driven development that has initially relied on value-added trade and, more recently, on services such as banking.

Government-linked companies owned by its sovereign wealth funds – as well as investments in ports, a skilled workforce and finance – have been key contributors to Singapore’s average 5.3 per cent growth rate in the last decade. Looking to the future, Singapore is now investing heavily in high technology areas, such as biotechnology and aerospace, and attracting private investments by multinationals such as Rolls-Royce, Novartis, Roche and Unilever.

The GCC countries have also identified innovation as a critical component of sustainable growth. For example, through its Vision 2021 plans, the United Arab Emirates aims to become the economic, tourism and commercial capital for more than 2 billion people, by transitioning to a knowledge-based economy.

Likewise, the chief executive officer of Qatar Foundation has recently called for a significant research investment boost, and Saudi’s Vision 2030 aims to push five universities into the top 200 global ranking within 14 years.

How should we assess a country’s performance as a knowledge economy? As Lord Kelvin said, “If you cannot measure it, you cannot improve it”. So in our analysis, we have used three pillars. These are internationally acknowledged key performance indicators, benchmarking with other comparable economies which can be role models and corrective actions based on the benchmarking.

We also look at data for five comparator economies: the UAE and Qatar from the GCC; and a benchmark group comprising:

Singapore: an economy often quoted as a role model for the GCC
Norway: a country with significant wealth from oil
Switzerland: a small, wealthy, globally competitive economy with few natural resources that has built its success on innovation

As KPIs we use the Knowledge Economy Index – developed by the World Bank – which in turn relies on four sub-indices. These are an economic and institutional regime to provide incentives for efficient use of knowledge and the flourishing of entrepreneurship, an educated and skilled population, an efficient innovation system of universities and the private sector and the use of information and communication technology to create dissemninate and process information.

In our analysis, we use absolute values for the metrics as well as international rankings.

The UAE has adopted a comprehensive and quantifiable framework (going beyond the KEI) as part of its Vision 2021 and it clearly stands out globally by doing so. The KPI framework uses internationally defined metrics (for example those set by the World Bank, World Economic Forum and Insead) as well as locally defined metrics.

While the UAE has set this as a ‘north star’ for 2021, the framework needs to be augmented by an annual roadmap of how the metrics should evolve over time to reach the 2021 objectives and, therefore, an indication of how well the targets are converging.

Looking at the World Bank KEI data for 2012 (the most recent available), we see that the benchmark group has a median subindex ranking of 15.5, while the GCC’s is 56. In each of the benchmark economies, two out of four indices are in the top 10 worldwide. The GCC group lags on economic incentive regime, innovation (the biggest gap) and education, while the smallest gap is on information and communications technology.

Compared to the 2008 data, the UAE is unchanged (42nd), Qatar is down 24 places (54th), Singapore is unchanged (23rd), Norway slipped five positions (5th) and Switzerland slipped seven positions (10th). Looking at the sub-indices, the UAE improved in education and ICT, slipping on EIR and innovation. Qatar improved on EIR and slipped on education, innovation and ICT.

We propose that the state-led developmental paradigm that has served the GCC region well can be extended successfully to its transformation as a knowledge economy.
From the analysis above, the key action priorities for the GCC must be: innovation, an economic incentive regime and education.

Innovation must continue to be a priority on the national agenda

Although both the UAE and Qatar have committed to an innovation agenda and identified innovation priorities in specific industry sectors, these priorities have not been benchmarked internationally. It is of utmost importance to set milestones against international benchmarks and track progress regularly.

Entrepreneurship is highlighted as important to the UAE National Innovation Strategy and we suggest supporting high-impact entrepreneurship through government-created venture capital funds, as Singapore has done with its multi-billion-dollar ‘Technopreneurship Investment Fund’.

The regulatory regime must be improved

A knowledge economy can only exist under genuine market conditions allowing for success and failure. Without bankruptcy laws, the best and brightest entrepreneurs will pursue other less risk-averse locales outside this region.

Also key is the simplification of procedures as well as the reduction of the costs and time required to start a business within free trade zones. Relative to Singapore, for example, the cost of setting up a business in the UAE (the best ranking Middle East and North Africa country on the ease of doing business) can be substantial. And local financial institutions have little appetite for providing operational finance to entrepreneurs while the business is scaling up.

Human capital must be attracted, developed and retained, making recruitment of star academics from abroad another important aspect. They in turn will bring over their teams to establish world-class science parks and universities that are currently missing in the GCC (with the exception of King Abdullah University of Science and Technology).

Moving beyond the ‘teaching-only’ university model to a ‘research and teaching’ university model would also be of benefit. The former model has served the region well to upgrade its human capital, but is not adequate in the global knowledge economy environment.

Another suggestion is to implement smart immigration policies. For example, establishing entrepreneur visas that ensure a temporary or permanent residency status for qualifying entrepreneurs and scientists (such as in Singapore, the United Kingdom and Canada) and ‘genius’ visas (such as the H1B visa in the United States).

Finally, favourable conditions to attract entrepreneurs and encourage gestation with indigenous innovators must be provided. This will also help to encourage a favourable attitude towards innovation from primary school age, by organising awards, contests and boot camps.

GCC economies have now formed a clear vision placing the knowledge economy as a vital component of their growth strategy. Dissecting the World Bank’s metrics shows that for a successful transition to a knowledge economy and achieving sustained prosperity and international competitiveness in the post-oil world, there is a pressing need for GCC countries to make progress on multiple KEI pillars – simultaneously focusing on innovation, regulatory regime and education.