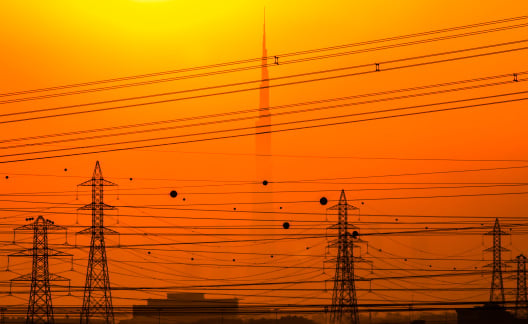 The Gulf Cooperation Council (GCC) will require $131bn worth of investment in electricity generation, transmission and distribution over the next five years, according to a new report.

The study, prepared by Ventures Onsite for the Middle East Electricity Exhibition, found that $81bn would be needed to increase current capacity in the region by 62GW from 157GW to 219GW.

The further $50bn will be for additional transmission and distribution.

Much of the investment is expected to come from public-private partnerships with the correct incentives for independent power producers.

This will reduce the strain on government finances but will require the correct regulatory framework.

“GCC governments need to ensure that IPPs play a larger role in power generation and not be looked upon as a short-term fix to increasing demand,” Ventures Onsite said.

On a country-by-country basis, Saudi Arabia is expected to have the largest spending needs over the next five years with $36bn required for generation and $23bn for transmission and distribution.

The company said the region was expected to require 493GW of power generation capacity by 2035, an increase of 277GW on 2016.