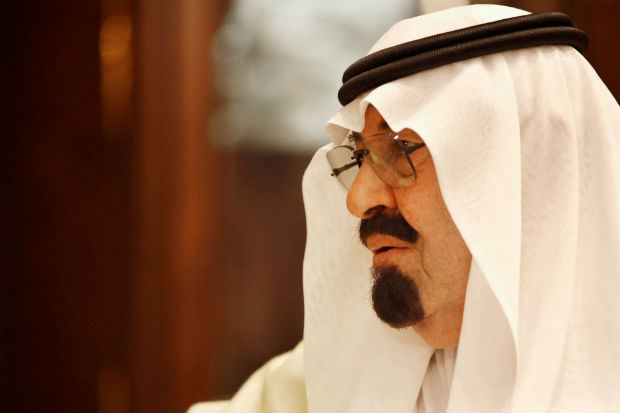 Gulf Arab foreign ministers said a plan to integrate their six countries, proposed by Saudi Arabia last year as a response to Middle East turmoil, needed more discussion after they met in Jeddah on Sunday.

Saudi King Abdullah had urged the Gulf Cooperation Council (GCC) to move “to the stage of unity in a single entity” at the end of a speech in December that focused on last year’s Arab uprisings and a perceived threat from Shi’ite Muslim power Iran.

The GCC countries, Saudi Arabia, Kuwait, Qatar, Bahrain, the United Arab Emirates and Oman, in January ordered a committee to study the idea and it presented its proposals to the foreign ministers before Sunday’s meeting.

“Given the need for more time and discussion, the council decided to assign the general secretariat with finalising the viewpoints of member countries and presenting them to the ministerial council in its next session to study and give a recommendation on it to the supreme council,” the GCC said in a statement after the meeting.

The statement did not disclose what form unity might take or the views of the different members.

Before a GCC summit in May, there had been widespread speculation in Gulf Arab countries that some form of closer union would be announced, but after discussing the idea, the leaders said they needed more time to study it.

Gulf sources said at the time that not all the countries supported the idea of moving towards a closer union.

In April, Saudi Foreign Minister Prince Saud al-Faisal, who did not attend Sunday’s meeting after having an intestinal operation last month, called on the group to integrate their foreign and security policies.

Uprisings against long-standing government across the Middle East and the regional rivalry with Iran over the conflict in Syria have presented Gulf Arab countries with challenges to their security.

Gulf Arab countries have accused Iran of backing a rebellion by the Shi’ite Muslim majority against the Sunni monarchy ruling Bahrain, and accuse it of illegally occupying disputed islands claimed by the UAE. Saudi Arabia and Qatar also back the rebellion Syria against the government of President Bashar al-Assad, who is allied to Tehran.

The GCC has in the past focused on closer economic integration. The six monarchies have agreed to a customs union, but are still hammering out how to divide revenues, have discussed a single currency, but are divided on where to locate its central bank, and are considering introducing value-added tax at a unified rate.

A joint missile shield, urged by Washington for nearly three decades, has not been agreed.

Where is the GCC’s confectionery market headed?