GCC In 2012: A Retrospective - Gulf Business 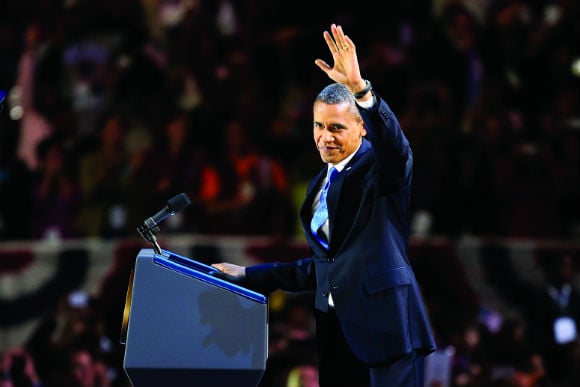 Amid the backdrop of last year’s regional unrest and continued headwinds from the global recession, 2012 saw a revival of economic confidence in the GCC.

In the Gulf, at least, even the glibbest of experts has refrained from tossing around that most insidious of twenty-first century euphemisms – ‘cautious optimism’.

“2012 does feel like the year where things picked up,” says Simon Williams, chief economist at HSBC Middle East.

“Recovery policies gained traction and they are continuing to build momentum. While Saudi Arabia was the first country to begin its recovery, the UAE has really been the economy that came back to life this year. Oxygenated blood has begun to pump through the UAE, particularly in Dubai’s export service-orientated sectors.”

Sustained high oil prices in 2011/12 buoyed the region’s mass scale government and infrastructure spending sprees. In many ways, this bumper spend was a direct response to the demands of the Arab Spring with rulers frantically working to stem unrest by doling out higher salaries and improving conditions for the working class, with education, job creation and affordable housing initiatives.

However, governments will need to do much more to keep the peace, warns M.R. Raghu, senior vice president-research at Kuwait Financial Centre. “With heightened tensions in Syria, the insolent attitude of Iran towards the global call to stem its nuclear objectives, and citizen clashes against the ruling dynasty, the regional forces will need to do much more than they have been doing to stabilize the political landscape in 2013.”

US president Barack Obama’s second term in the White House is seen as a political boost for the region, according to experts. Local pundits breathed a sigh of relief in early November and told gulfbusiness.com that the instatement of Republican rival Mitt Romney would have been a ‘catastrophic’ alternative for the region.

Arno Maierbrugger, editor-in-chief at research firm Inside Investor, says: “Obama now has a freer hand to shape US policy in the Gulf and will work towards stability. This will positively impact trade relations and take pressure off oil prices. However, much depends on how he can succeed with Iran and Syria and what his support and solidarity for Israel looks like in his second period.”

On the economic front, Obama’s monetary policies are expected to remain stimulatory, given the region’s currency pegs to the US dollar, which will support local recovery.

But the WEO forecast rests on two crucial policy assumptions. The first is that European policymakers will adopt policies that gradually ease financial conditions further in periphery economies. The second is that US policymakers will prevent drastic spending cutbacks and raise the US federal debt ceiling in a timely manner.

HSBC’s Williams says: “We need to be mindful of the regional tensions, the poor global economic environment, the US political cliff, the softening in the emerging markets and the Eurozone crisis.

According to the IMF, growth remains robust across the GCC, supported by expansionary fiscal policies and accommodative monetary conditions. For these countries, the medium-term challenge is to generate enough jobs for a young and rapidly growing population. The price of oil is expected to remain above $100 per barrel in 2012–13. In the context of booming oil prices and growing social demands, government expenditure on wages and salaries has been rising dramatically in recent years.

This stepped-up spending means that fiscal breakeven prices have risen faster than the actual oil price and are expected to continue to rise, increasing the vulnerability to a negative oil price shock.

Saudi Arabia’s oil output is up 6.1 per cent year-to-date and billion-dollar government spending on infrastructure and public sector wages is supporting non-oil growth. Overall GDP growth is estimated at 5.8 and 4.5 per cent respectively for 2012 and 2013 (Emirates NBD).

Defining Moment
After years of delay, the Council of Ministers in Saudi Arabia has finally passed the mortgage law, providing a set of clear regulations for a fully functioning mortgage market for the first time in decades.

Kuwait’s growth should be a solid six per cent in 2012. In large part, this is due to the oil sector, where output has reached a modern day high of 3 million barrels per day.

Defining Moment
In July, The Constitutional Court in Kuwait ruled in June that the parliamentary election held in February was unconstitutional and has dissolved the National Assembly and reinstated the former parliament.

Bahrain has reported Q2 2012 real GDP growth of 4.3 per cent, according to Emirates NBD. The strongest annual growth came from the hospitality sector as it continued to normalise after last year’s political turmoil.

Defining Moment
According to The Banker’s 2012 ranking, Doha has leapt rapidly ahead in the rankings moving into the top three locations for managing Middle Eastern investment, behind Dubai and London. Increased competitiveness from Dubai and Doha will likely further dent Bahrain’s position as a regional financial centre. In the near future, Bahrain will find it difficult to regain its lost lustre unless it quickly shakes off its political gridlock.

In Qatar, Emirates NBD expects the hydrocarbon sector to contribute positively to GDP growth this year, although to a much smaller extent than in previous year. Overall GDP growth will slow to 6.7 per cent in 2012 from an estimated 13 per cent in 2011 owing to the emirate’s self-imposed moratium on hydrocarbon production.

Defining Moment
In May, Qatari officials demonstrated little enthusiasm for Saudi Arabia’s proposal for a union of the six Gulf states, reflecting concerns about a potential loss of sovereignty and increasing influence from Riyadh, the Saudi capital.

The UAE is expected to grow by three per cent this year, on the back of increased oil output and steady expansion in the non-oil sectors. As the UAE is a more open economy, it is more vulnerable to weaker global growth conditions, and fiscal policy has also been cautious.

Defining Moment
The UAE has moved up three places to rank 24th in the 2012 Global Competitiveness Report produced by the World Economic Forum, as a result of improvements in the institutional framework and macroeconomic stability.

Oman has benefitted from both increased oil production and higher budget spending so far in 2012. Oil output has risen almost four per cent in the year-to-August, and budget spending has surged 52 per cent in 1H 12. Emirates NDB expects Oman’s economy to grow 5.2 per cent this year.

Defining Moment
Around 44,000 new government positions were created in 2011 and the budget for 2012 provided for the employment of another 36,000.