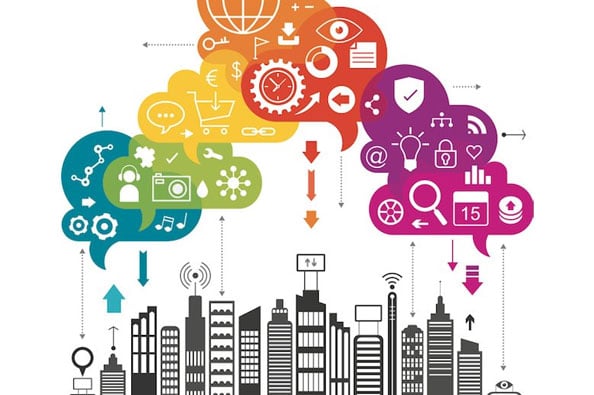 When it comes to technology spending globally, a key talking point in recent years has been the adoption of cloud computing by businesses.

Synergy Research said in a report at the beginning of the year that the cloud computing market was now worth $180bn in vendor revenues and still growing 24 per cent a year.

While infrastructure as a service and platform as a service offerings alone are expected to grow by 47 per cent.

There are equally promising signs on a regional level.

IDC said in January that it expected a drive to scale businesses to lead to a ‘cloud-first’ or ‘cloud-only approach, with spending on public cloud services expected to top $1.1bn this year compared to $952m in 2017.

“Cloud is the new home of IT, and the past few years there has been a significant surge in demand for cloud services across the GCC and the wider region,” said Mohammed Arif, regional director of Modern Workplace and Security at Microsoft Gulf.

Findings from a Microsoft digital Transformation survey revealed that two in three Gulf enterprises plan to invest at least 5 per cent of annual revenue in digitisation of operations. Up to 51 per cent of organisations name cloud computing as priority, followed by business intelligence (41 per cent), Internet of Things (37 per cent), and Artificial Intelligence (29 per cent).

But there are also concerns that the market may need to overcome key hurdles to speed up adoption.

Research consultancy Gartner said in a report released in March that cloud spending in the Middle East “is among the lowest in the world when measured as a percentage of total IT spending”.

While IDC noted in a survey based on responses from customer care professionals in Saudi Arabia, the UAE and Egypt that just 32 per cent were using cloud-based customer engagement solutions.

“There are insufficient local hyper-scale and large-scale data centres to support cloud systems, which cause local organisations to derive cloud offering from abroad,” said Peter Sondergaard, executive vice president and global head of research at Gartner.

Furthermore, the GCC Global Competitiveness Index 2017, launched by the MENA Cloud Alliance to rank the Gulf countries based on cloud regulation, talent, connectivity, business and government, suggests there are further challenges.

“The existence of limited industry-specific cloud regulations is making it difficult for users to fully take advantage of cloud offerings and stay compliant to the laws at the same time,” the report authors noted.

“Can the GCC learn from mistakes others have made, address these issues collectively, and leapfrog other regions?”

Technology companies are moving to address these hurdles with plans to open regional data centres to support business growth and facilitate the need for data sovereignty.

Microsoft said in March it would open its first Middle East data centres in Abu Dhabi and Dubai to meet the needs of regional clients including UAE airlines Emirates and Etihad, hotel group Jumeirah and malls operator Majid Al Futtaim.

The two locations will support users of Microsoft’s Azure, Office 365 and Dynamics 365 offerings and services will be offered as part of a partnership with local telecoms provider Etisalat.

“This step directly speaks to the recent uptake of our cloud services in the region,” said Arif.

“Governments, large organisations and small-medium enterprises (SMEs), as well as start-ups across all industries in the region, are making the most out of the Microsoft Cloud and solutions to engage, empower, optimise and transform.”

These and other plans should help support an increasingly competitive marketplace for cloud computing in the Gulf and wider Middle East.

Gartner expects Middle East and North Africa IT spending to grow 3.4 per cent this year to reach $155.3bn led by software (12.7 per cent growth) and IT services (4.5 per cent).

And with government efforts to diversify regional economies using new technology, it is only a matter of time before more businesses embrace the cloud.

Microsoft datacentres in the UAE: two years of inspiring innovation, growth, and change