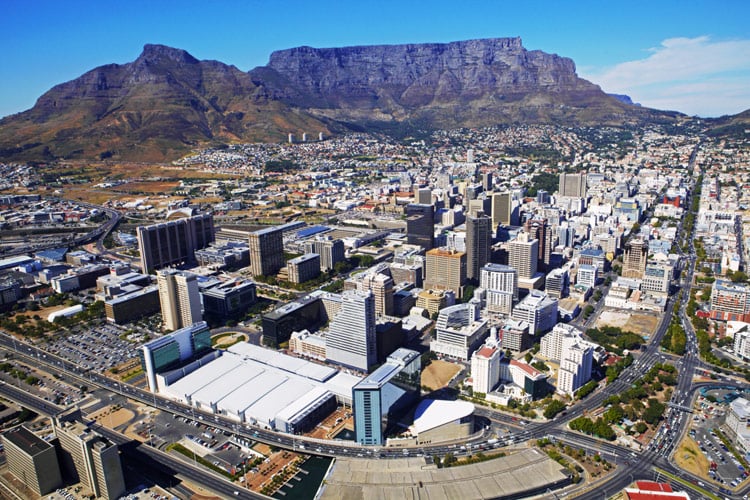 In the year 2000, The Economist magazine famously described Africa as “the hopeless continent” on its cover, conveying a region ravaged by an endless cycle of war, famine and disease.

Fast-forward more than a decade and Africa is being presented in an altogether different light, with a data exercise from the same publication in 2011 suggesting the continent would host seven out of the world’s 10 fastest growing economies in the coming years.

At this year’s African Global Business Forum (AGBF) in Dubai, one of the region’s best-known business magnates is also keen to stress that much has changed since the turn of the century.

“Africa is not the same Africa that you knew in the year 2000,” declares Aiko Dangote, Africa’s richest man and founder and CEO of West Africa’s largest industrial conglomerate, the Dangote Group, urging investors to have a “serious look” at the continent.

Recent figures suggest GCC investors are doing just that. Annual Gulf investment contributions to Africa are expected to average $5 billion in the coming years, or 10 per cent of total average annual inflows, according to a study by the Dubai Chamber of Commerce and Industry (DCCI).

But there is still a long way to go in terms of both plugging the continent’s infrastructure gap, and decreasing its risk perception.

Gulf entities have provided at least $30 billion of funding, at current prices, for African infrastructure over the last decade, much of which has been focussed in North Africa.

Recent activity, however, suggests a shift is occurring, with sovereign wealth funds called upon to play a larger role, and a particular focus on the fast growing economies to the south.

In September, the Investment Corporation of Dubai invested $300 million in a 1.4 per cent stake in Nigeria’s largest cement manufacturer Dangote Cement, while CEO H.E. Mohammed Al Shaibani reveals the fund is also exploring other deals with Dangote, particularly in agriculture and infrastructure projects

“We’d been getting a lot of proposals but, as you know, it’s not an easy environment to invest in,” says Al Shaibani.

“[The deal is] pure common sense in the basis that Nigeria is a huge economy and always an opportunity, but having the right partner especially in Africa is a key thing for any investor to come in.”

In July, the firm declared its role in the $18 billion Centenary City project in the Nigerian capital Abuja, signing an agreement to co-invest along with Nigerian sovereign wealth fund authorities.

While elsewhere, Abu Dhabi government investment vehicle Mubadala signed a $5 billion agreement in November 2013 to develop a bauxite mine and alumina refinery in Guinea through state-owned Emirates Global Aluminium.

“Some of the investment will also be in the agriculture and the manufacturing industries,” she adds.

Other recent investments have come from the likes of Qatar National Bank, which bought a 23.5 per cent stake in pan-African lender Ecobank in two stages in September for around $500 million.

Middle Eastern logistics company Aramex has also been active with two acquisitions since 2010 in South Africa and Kenya, while it is “currently considering a number of other companies in the region with suitable, scalable synergies,” says CEO Hussein Hachem.

“There is a massive underinvestment in the logistics sector in Africa, and Aramex will continue to proactively strengthen its footprint in core African markets…

We are in the process of pursuing more acquisitions, both in Africa and in other markets abroad.”

In the power sector, Saudi Arabia’s ACWA, Abu Dhabi’s TAQA and Qatar’s QEWC all have African projects and Dubai’s DP World has been operational on the continent for more than a decade, managing ports in Algeria, Djibouti, Mozambique and Senegal.

Yet even with GCC, European, development bank and Chinese activity, with the latter piling $13 billion into African infrastructure in 2012, there is still a huge infrastructure gap that needs to be filled.

As much as $93 billion is required annually to meet the continent’s infrastructure needs through to 2020, with half that amount currently being met, according to the African Development Bank.

Africa as a region has consistently recorded over five per cent GDP growth annually in recent years, but this is placing additional pressure on already subpar infrastructure.

“Africa stands on the cusp of exciting new opportunities, but we suffer a shortfall in terms of investments and infrastructure,” says John Mahama, president of Ghana.

One of the main factors preventing more ambitious Gulf investment into Africa is the continent’s high-risk perception. With operational problems, non-honouring of contracts, currency volatility, political risks and changing of government policy among the main concerns.

“This is not an easy continent to do business,” says Thaker.

“The political risk is still high, more elections are taking place, you have countries like South Sudan and Somalia, as well as movements like Boko Haram and Al Shabab to remind you that Africa is also politically in transition.”

DP World can attest to the political risk having had its concession to run Djibouti’s Doraleh Container Terminal rescinded and arbitration proceedings launched against it by the Djiboutian government.

The government alleges that the concession unfairly favours the company, and has accused it of bribery, launching arbitration proceedings in London in July.

While DP World’s involvement with Abdourahman Boreh, a Dubai-based businessman and former chairman of the Djibouti Ports and Free Zones Authority between 2003 and 2008, is under scrutiny.

DP World chairman Sultan Ahmad Bin Sulaymen says the Djibouti government has “tarnished” the company’s relationship, rejecting the accusations and calling the matter a misunderstanding.
He also expresses confidence that the situation in Djibouti will “go back to normal”.

In the meantime, the company continues to operate the port, although whether it will retain the concession having invested around $1.5 billion in the terminal since 2000 is still uncertain.

One of the continent’s most active private equity investors Blackstone Group, which announced a $5 billion deal with Dangote Group in August to invest in power infrastructure projects, is also familiar with local complications.

In 2005, the US firm stepped into AES Corp’s failed Ugandan Bujagali dam project, which had been beset by delays, cost overruns, and a corruption probe, forcing the AES to write off $70 million.

“Often the first people who try to do something encounter trouble. It helps to be the successor of that first group,” says Stephen Schwarzman, chairman, CEO and co-founder of Blackstone Group.

But even with its own power plant builder Sithe, and having cobbled funding together from the World Bank and other development organisations, Blackstone still suffered a series of complications.

Somali pirates hijacked a ship off the Kenyan coast delivering part of the dam’s powerhouse, forcing Blackstone to build a new one in Kenya, according to a Wall Street Journal report.

There were also hundreds of villagers to be resettled and the requirement for rituals to be performed to appease spirits in the area, which led to a long lasting dispute between two diviners, according to the report.

Despite these issues the 250MW dam began producing power in 2012, with Blackstone’s annual return on the investment reportedly in the high teens, and the option to sell its stake in a few years.

The firm has also not been put off by the experience with similar dam projects being considered in Uganda, Tanzania and along the Rwandan border.

“When you have terrific political leadership it’s very easy to attract money. We are very sensitive to reforms,” Schwarzman advises African countries.

Although he admits the expectations of investors and governments often differ, with the former looking for a five- year exit strategy and the latter a more medium to long-term play.

In contrast, some African business heads argue that investors should come into Africa with a “planters mentality”.

“In 10 years in Africa, your multiples will be much larger than five years,” says Asian-Kenyan businessman Vimal Shah, CEO of edible oils manufacturer Bidco Group. “If you want a fast buck, go to the states. In Africa, you won’t even get exit strategies immediately.”

A GATEWAY TO AFRICA

As global attention turns towards booming African markets, Dubai is attempting to position itself as the gateway to the continent.

“How can you be a gateway to a country or a continent you’re not even part of? This is the challenge in front of us,” says Hamad Buamim, president & CEO of DCCI.

But Dubai has several advantages, he argues, particularly in terms of its proximity, infrastructure, and local carriers Emirates and FlyDubai, which are flying to an increasingly large number of African destinations. This has led several companies to set up their head office in Dubai to serve the African continent, he says.

Ashish Thakkar’s Mara Group, an African conglomerate headquartered in Dubai, with local operations in 22 countries across the continent, is one such example.

Thakkar suggests that Dubai is a “great hub” for Africa although more from an operational perspective than a financial one.

“Whether Dubai is great as a financial hub, that’s a different question all together, that’s why I keep on emphasising the operational relevance and practicalities.”

The Economist Intelligence Unit’s Thaker suggests Dubai will retain the gateway title for a number of reasons, including logistics advantages, security, its business friendly environment and challenges on the ground on the continent.

“Those challenges, particularly infrastructure, are going to take decades of investment to resolve,” she says. To attract more business, African nations need to implement proper governance, rule of law, consistent policy and reforms, she argues.

But despite the continent’s challenges, Emaar and Eagle Hill’s Mohamed Alabbar, whose projects across Africa stretch from real estate in Egypt, Nigeria and Uganda to mining in Guinea, suggests investors can manage the risk.

“If you want to live on a three per cent return go to London and go to the US…if you want to do the big stuff, come to the Middle East, come to Africa,” he says.