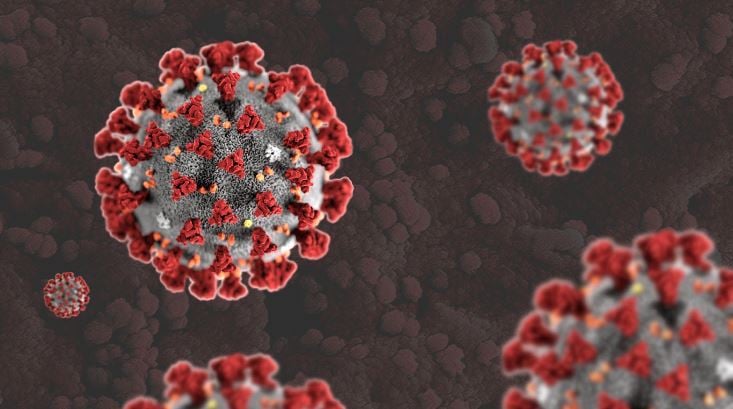 Since the outbreak of the new strain of the coronavirus infection that reportedly started off in a food market in the Chinese city of Wuhan in December last year, GCC states have reported a total of 200 cases.

Kuwait
On Sunday, Kuwait’s health ministry confirmed two additional cases, one of a female Kuwaiti citizen who travelled to the country from Iran, and the other of an expatriate who had travelled to Azerbaijan via the UAE on a private visit.

The total number of those infected in the country rose to 64.

Meanwhile, one case has been reported to have fully recovered, Kuwait News Agency confirmed.

Do not travel during the present time pic.twitter.com/rORptdUx0V

The health ministry has also refuted fake news doing the rounds on social media regarding an elderly woman succumbing to the coronavirus infection. The ministry urged the public to source information from official sources.

In a bid to try and curb the spread of the contagion, local health authority also urged all travellers coming into Kuwait from seven countries, namely India, Bangladesh, Philippines, Sri Lanka, Syria, Lebanon and Egypt, to home quarantine themselves for a period of two weeks from the date of departure.

Bahrain
Bahrain’s Ministry of Health urged citizens and residents who have visited Italy, South Korea, Egypt and Lebanon during the past 14 days to self-isolate immediately, and call 444 or visit the health ministry website to schedule a medical examination, Bahrain News Agency announced on Sunday, March 8.

MOH urges citizens who visited Italy, S.Korea, Egypt and Lebanon to call 444 or register via its website for a medical examination https://t.co/mCQAWONRIJ

The Ministry further emphasised that citizens and residents who have visited the aforementioned countries should avoid interacting with others, to ensure the health and safety of the community at large.

Bahrain has reported a total of 49 cases of the Covid-19 since the outbreak.

United Arab Emirates
The UAE recorded 15 new coronavirus cases, taking the total number of infected individuals in the country to 45, the Ministry of Health and Prevention announced on Friday.

A total of seven patients have recovered completely.

All citizens and residents were urged to avoid travelling due to the continuing spread of the Covid-19, and in case they did, they would be subject to certain measures including medical checks at the airport and possible home quarantine upon their return, according to the discretion of the competent authorities.

Dubai carrier Emirates announced a waiver policy for all bookings starting from Saturday, March 7, until the end of the month.

Passengers who decide to change their travel plans could do so for travel within an 11-month date range in the same booking class without change penalties. With early school closures for spring break in the UAE, the new waiver policy is applicable on tickets issued on or before March 4, 2020 with travel up to May 31, 2020, with rebooking permitted up to June 30, 2020.

Read: Dubai’s Emirates to waive change penalties for all new bookings this month

Saudi Arabia
On Monday, Saudi Arabia announced that four additional cases of the virus had been detected in the country.

The first case was that of a citizen who was in contact with previously announced case in Al-Qatif Governorate; the second and third cases were of Bahraini women coming from Iraq on their way to Bahrain; while the fourth case was of a US resident returning from travel, having passed through the Philippines and Italy before arriving in the kingdom.

The previously confirmed cases included three female citizens who had come into contact with previously announced cases that had arrived from Iran, and a male citizen who came in from Iran via the UAE.

MOH Announces 128 Citizens Disclosed their Presence in Iran so far.https://t.co/Ezr7NIsUL3#SPAGOV

On Monday, Saudi Arabia suspended all travel to and from nine countries that include the UAE, Kuwait, Bahrain, Egypt, Iraq, Lebanon, Italy, South Korea and Syria.

Oman
The total number of those infected in the sultanate totaled 12.

Starting from March 6, Oman Air also announced the removal of all change fees for tickets purchased till May 31, 2020.

#OmanAir has removed change fees on all new bookings made from 6th March till 31st May 2020. This means you can now book with confidence as our policy applies right up until departure without having to pay penalties should your travel plans change. https://t.co/mw7pABheY8 pic.twitter.com/qqQFTqtqgc

The waiver applies to all tickets, all fare types and all destinations – for travel through October 31, 2020.

Qatar
Three new cases of the Covid-19 have been reported in the country, bringing the total number of those infected to 15, the Ministry of Public Health reported.

MOPH announces that three new positive cases of the #Coronavirus Disease 2019 (#COVID19) have been confirmed in #Qatar, bringing the total number of confirmed cases in the country to fifteen.https://t.co/V0RTz6I6ZY

The ministry also took to Twitter to confirm that the authorities have conducted more than 3,000 tests so far.