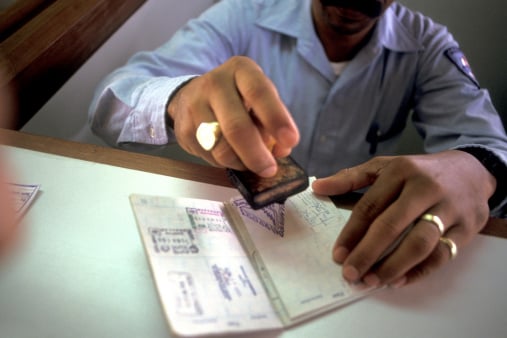 Long taboo in the GCC, the citizenship issue has been thrust into the limelight with a recent newspaper column from social- political commentator and UAE national Sultan Sooud al-Qassemi igniting debate.

In the piece he considered whether it is time to open the door to entrepreneurs, scientists, academics and other hardworking individuals who have come to call the UAE home.

But the conversation is fraught with difficulty, given that while the definition of nationality is very clear among Gulf states, there is still little consensus on the meaning of citizenship.

The discussion that’s subsequently taken hold – in both local and expat communities – ultimately leads to the question around whether lifting citizenship rules will benefit GCC governments, economies and the people that live in the region.

Although Saudi Arabia already has, at least on paper, a pathway to citizenship, no GCC countries are realistically considering easing their citizenship restrictions.

Al-Qassemi highlighted that in order to become a Saudi citizen, a resident must aggregate at least 23 qualifying points in addition to a number of factors such as Arabic language fluency.

Living in Saudi Arabia for a decade gives the applicant 10 points, a Bachelors degree equates to five points while a Masters degree counts for eight points. Thereafter an application for citizenship can be filed.

Nevertheless, for all involved, citizenship, or naturalisation, continues to be an extremely sensitive issue.

In Bahrain, for example, a large portion of the security forces consist of naturalised Sunnis from Pakistan and elsewhere. Rosamund de Sybel, Middle East and Africa editor at the Economist Intelligence Unit, says: “Although hard to prove, there is a widespread belief among Bahraini Shia that the government has fast-tracked citizenship for Sunni expatriates in order to alter the country’s demographic balance.”

De Sybel says Kuwait meanwhile has made some progress towards solving the citizenship status of its 106,000 stateless Bidoon. In 2011, the ‘Central System for Remedying the Status of Illegal Residents’ was set up to solve the issue within five years. Although the body is far from achieving its goal, in March 2013, the National Assembly passed legislation granting 4,000 bidoon citizenship. Their rate of naturalisation is likely to improve in the next few years as the issue is pushed in parliament and attracts the attention of international human rights organisations.

For most Gulf governments there are a number of compelling reasons to keep the status quo in place.

Perhaps top of the list is whether they could afford to spread the generous benefits that GCC citizens enjoy.

In recent decades, the living standards of Gulf residents have risen dramatically and for citizens this has typically meant receiving heavily subsidised housing, education, healthcare and energy.

Qatar and the UAE both rank in the top ten per capita incomes in the world, with Bahrain, Saudi Arabia, Kuwait and Oman ranking in the top thirty, according to think tank Chatham House.

In the UAE and Qatar, ruling families can afford to be generous to the small numbers of citizens. But extending this to potentially thousands, if not millions of new citizens would be a bridge too far.

De Sybel says: “Gulf governments will resist adding further pressure to public finances. They are also trying to engineer ways of reversing the private sectors’ reliance on cheaper foreign labour, encouraging citizens to take up positions normally occupied by foreigners. Against this backdrop, wholesale reform of citizenship rules is unlikely.”

Governments are also facing another major problem: the push back from locals.

Nationals in the GCC states are concerned that granting foreigners citizenship will dilute their traditions, culture and national identity, which is already under pressure from an influx of foreign labour.

Here, there is a revealing insight into the relationship between nationals and their governments. The minority local populations at times feel uncertain and insecure over their national identity, and entrust the ruling elite with the responsibility of upholding a sense of national identity.

It has to be said similar concerns can be found in European countries that have much lower levels of immigration.

Migration does tend to attract the ‘high risk’, especially in countries such as Bahrain and Oman where the wage gap is lower and nationals are sometimes competing for the same private sector jobs as migrants.

In the wealthier Gulf countries, there are also rivalries over pay for highly skilled executive jobs, where young and ambitious Gulf nationals sometimes resent the packages offered to highly skilled expatriates in managerial positions – companies counter they need to compensate expatriates for housing, schooling and other benefits offered for free to nationals. Thus, there is some resentment of expatriate workers, even though the vast majority of them are far poorer than nationals and enjoy much weaker legal rights.

The influx of migrant labour workers in the Gulf is usually regulated by a kafala (sponsorship) system that makes workers extremely dependent on their employer, who acts as their sponsor, and makes it almost impossible for them to change jobs without their employer’s prior approval. Moreover, while there are laws in place protecting workers’ rights, these are often not implemented, as courts would almost always be expected to rule in favour of nationals over their foreign employees. Thus there are frequent reports of Gulf companies failing to pay migrants’ salaries, as well as unscrupulous labour middlemen bringing debt-bonded migrants to the Gulf on the basis of false information.

In Muscat, it has been reported that the influx of migrant workers was leading some nationals to feel alienated from their traditional urban setting. There was even a 2010 Twitter campaign entitled ‘UAE is full, go back home’.

Most feel uneasy with these kinds of campaigns and sentiments, and say the expatriate population should be acknowledged and appreciated as a vital part of their economies’ success.

As this citizenship debate continues, some voices – like Al-Qassemi’s – can be heard calling for a more enlightened discussion in the Gulf.

As he reported recently, according to the World Bank, the population of the UAE is today around 9.2 million. Another study by a Kuwaiti think tank puts the UAE’s population at 8.5 million with expatriates making up 84 per cent of the population. “Should the UAE decide to naturalise say 1,000 people a year,” says Al-Qassemi, “on average it would take around 900 years for the naturalised population to outstrip UAE citizens (at zero growth rate for each side).”

“Perhaps it is time to consider a path to citizenship for them that will open the door to entrepreneurs, scientists, academics and other hardworking individuals who have come to support and care for the country as though it was their own,” he adds.

Conversely, it was recently announced, that after years of pressing, UAE citizens will get easy access to the UK under a decision made by authorities in November.

According to details of the scheme, which is to come into effect early in the New Year, applicants can fill out an electronic form up to 48 hours before their departure. The turnaround time on a decision is quick and the application and online process is similar to the visa-waiver scheme used by US authorities in allowing access to citizens of certain countries.

Officials said at the time this improved visa scheme is a welcome step and will go a long way in further improving the deep and historic bonds between the UAE and the UK. London is a second home to many UAE citizens and its attractions, shopping, entertainment and health care facilities mean that the ties that bind will become deeper. Whether it is for business purposes or for sporting events, UAE citizens have long embraced the best that Britain has to offer.

Jane Kinninmont, senior research fellow on the MENA region at Chatham House, says there is an argument that allowing at least some immigrants to settle and build a life in the UAE would encourage more cultural assimilation, including learning the Arabic language, which many are reluctant to do if they are only living in the Gulf for three to six years.

So what would be the social and economic benefit of easing the GCC’s rules? Kinninmont says: “In the long term it is quite likely that the Gulf will see further tiers of citizenship develop, with a minority of skilled expats able to obtain permanent residency, vote in local elections and so forth, helping the countries to retain professional talent.”

She adds that in the longer term, as the Gulf countries move towards post-oil economies, the economic rationale for restricting citizenship will change and the Gulf countries may want to attract more long-term residents to contribute to the tax base and to support what will eventually become an ageing population.

Speaking to Gulf Business, Al-Qassemi made his position very clear: “Without naturalisation all the talent the Gulf is attracting will only see this place as a stepping stone rather than a permanent base resulting in economic and social repercussions.”

The existence of expatriates has been and continues to be fundamental to the region’s economic prosperity. It’s unlikely that this will change, although there now appears to be
an opportunity to have a more open discussion about the future of people that choose to call the region home.