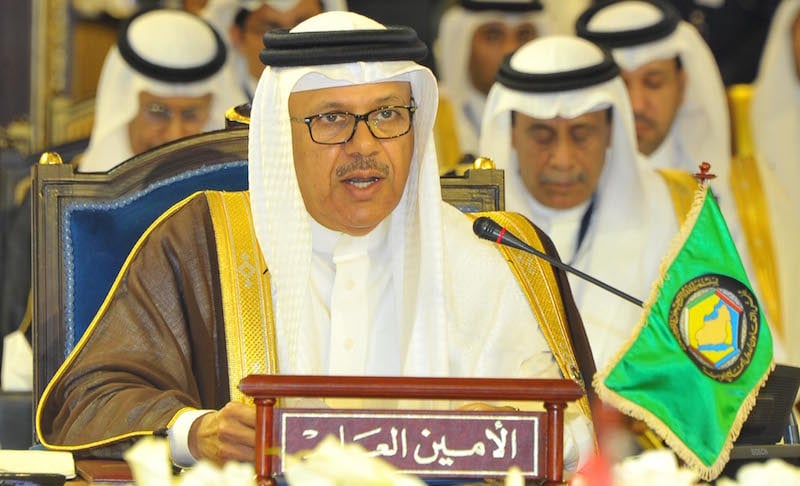 The secretary general of the Gulf Cooperation Council (GCC) Abdullatif bin Rashid Al Zayani has condemned Qatari media outlets that have held him responsible for resolving the GCC crisis.

In a press statement, Al Zayani said that the “irresponsible media attacks” carried out by some Qatari news outlets were part of “an unjust campaign”.

“Officials in the Qatari government and the Qatari media are fully aware that the solution of the crisis and the end of its repercussions are in the hands of the GCC leaders, who are the members of the supreme council, and no one else.

“It is not the responsibility and duties of the secretary general, who receives and executes the decisions, directives and orders of the Supreme Council and the Ministerial Council only, committed to the provisions of the statute of the GCC,” he said.

He said some journalists in Qatar are attempting to link the crisis with his Bahraini nationality – which he strongly denounced.

Al Zayani called upon the Qatari media to “stop using its current approach that harms, separates and blocks the paths to repairing the inter-brotherly relations and the good mediation efforts undertaken by Kuwait’s emir Sheikh Sabah Al-Ahmad Al-Jaber Al-Sabah”.

Saudi, the UAE, Bahrain and Egypt severed all tied with Qatar in June, accusing the Gulf state of backing terrorism. Doha denies the charges.

The conflict has shown no signs of abating, and earlier this week, the Bahraini foreign minister also said that the country would not participate in the upcoming GCC summit if Qatar did not change its stance.