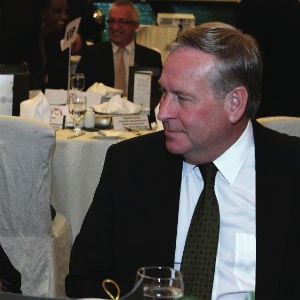 Writer Bill Bryson called Perth the remotest city on earth yet, with the highest concentration of millionaires in the world, and tied for eighth place in the Economist’s 2010 list of the world’s most liveable cities, Perth’s easy-going, sun blessed lifestyle set on the Indian Ocean is the envy of many.

Its hinterland, Western Australia, which comprises the westernmost third of the island continent’s land-mass, has a population of only 2.3 million people: yet, only eight countries in the world have a larger area. Some 60 per cent of Australia’s exports come from the sprawling western state: mining and oil and gas form the backbone of its economy but, says its Prime Minister, Colin Barnett, “the state is much more than that.”

Barnett was in the UAE at the beginning of June to foster ties in Western Australia’s agriculture and alumina trade with the GCC and “further encourage what is a very rapidly growing business, in education, health and cultural relationships. The goal is to move closer to the UAE in the years to come and relations are strong, along with those with Singapore, China, Japan and Korea.”

Around 66 per cent of Australia’s exports to China and 42 per cent to Japan are sourced from the state. Of the Chinese investment funds entering Australia, 80 per cent are destined there. “This is a historic period of expansion,” declares Barnett, accompanied by “a leap in productive capacity, being driven largely by development in China, India and Korea.”

As part of one of the greatest investment cycles ever seen, China surpassed Japan’s steel production of 100 million tonnes per annum (mtpa) in 1996. In 2010, it produced 586mtpa, while Japan’s output still stood at 100mtpa. China’s steel production is expected to plateau at 1,100mtpa in the next decade or so. Western Australia provides a staggering 40 per cent of the iron ore inputs to the Chinese juggernaut. “Remember, China is still a developing nation,” says Barnett.

Barnett, however, dismisses accusations that Western Australia’s economy is simply a “dig it up, dig it out” economy. “This is not the trend of modern mining.” Rio Tinto has built a 1,500km railway in the Pilbara, comprising a fleet that runs 30-car trains by remote control. “The industry is changing,” he says. He estimates that $100 billion of projects have been finalised and that a further $200 billion are in various stages of planning over the next five to seven years.

Barnett admits that Qatar is a world LNG leader with gas resources – at 13.5 per cent of the total – that dwarf Australia’s, at only two per cent of world reserves. He estimates that his state has reserves of 150 trillion cubic feet (tcf), a figure likely to increase to 200 tcf, a resource for at least the next 100 years. As a clean, more flexible energy source, world LNG demand, particularly in Asia, is expected to keep rising. At present, Australia is exporting 17mtpa and expects this to increase to 60mtpa by the end of the decade, in contrast to Qatar’s current 77mtpa production capacity.

The state sees itself as where the Gulf of Mexico was 30 years ago, so the story is likely to run and run. Chevron is now largely an Australian company, Barnett claims, and has made the hydrocarbons industry’s largest ever investments, totalling $43 billion, in the Gorgon and Wheatstone LNG projects, among others. “Most of its assets are now in Western Australia,” he says.

The state is carefully diversifying its economy in a manner familiar to the GCC and meetings on food security and the sourcing of agricultural products from Australia to the GCC were a highlight of his trip. Agriculture dominates Western Australia’s exports and it is a trading ‘nation’ “very much as the UAE,” accounting for 44 per cent of Australia’s total exports.

Agricultural exports are a $7 billion a year industry for Australia, including grain, especially wheat, sheep and cattle. There is much to discuss on resource security between the UAE and Australia, and Barnett said this was a key issue in his talks with Sheikh Hamdan bin Rashid, Deputy Ruler of Dubai and Minister of Finance, and other Dubai officials on June 2.

“Australian farms are generally not corporate entities,” says Barnett, implying that this could be an obstacle to GCC firms looking to acquire Australian agricultural assets. Qatar’s Hassad Food bought the prestigious Kaladbro sheep farming estate in Victoria last year, while other regional companies are looking to follow suit. Wheat, livestock and chilled meat are a key export from which the UAE can benefit. Today, Australian farmers are struggling with grain price volatility, and are looking to the UAE to assist in certainty of supply to overcome the fragility caused by bad crop years.

In October, as a sign of its burgeoning status worldwide, Western Australia will host the Queen and 63 prime ministers in the Commonwealth Heads of Government summit. Barnett took the 150-turnout in Abu Dhabi as a similar compliment to the state of Western Australia and summed up its approach to making its way in the world: “I believe in doing limited things, but doing them superbly.”