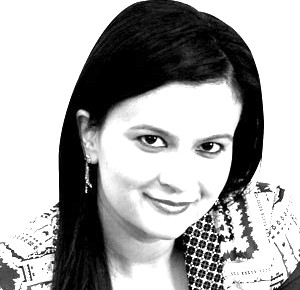 Sovereign wealth funds (SWFs), in simplistic terms, are investment vehicles that deploy a nation’s excess savings into assets around the world with the aim to augment national wealth. Therefore, countries with low debt, capital account surpluses and high oil or currency reserves typically tend to have huge SWFs.

No surprise then that China figures prominently on the list of Top 10 Sovereign Wealth Funds, holding around 30 per cent of global SWF assets. At $3.2 trillion, the country has two-thirds of the world foreign exchange reserves, as well as 14 billion barrels in oil reserves. Its GDP is above $11 trillion, more than two-thirds of the US GDP, which is quite an achievement when you consider that in 1980 China’s GDP was a trifle 2 per cent of US GDP.

This beckons the question: why is the world’s richest country Qatar not on the list?

Qatar just missed the ranking as its most prominent SWF – Qatar Investment Fund – came in at number 12. QIF has $100 billion of assets under management with holdings in Harrods, Credit Suisse and Miramax Films, and rumoured stake buy-outs in Manchester United and Shell.

Qatar’s ranking will likely grow stronger, as the country has become the world’s largest LNG exporter with a 77 million tons capacity. It already has around 25 billion barrels in oil reserves, and with oil prices trending above $110 and its GDP already at an impressive $173 billion, QIF is not likely to languish outside the Top 10 SWF List for much longer.

Of course, the larger question is whether these figures and holdings can be taken at face value. SWFs are historically tight-lipped about the size of their funds, profit and loss, and their holdings, partly in order to protect their economy and reserves from speculators. They are also very often ruled by confidentiality agreements in their transactions.

Notwithstanding, SWFs are poised to grow to $10 trillion by 2016 from the current $4.8 trillion. A lot of this growth will come from oil-producing countries that are aggressive with their results (as demonstrated by the SWF to forex ratio). With 90 per cent of global outstanding government debt in advanced economies, funds will also continue to shift focus to emerging markets. The other trend that will likely remain is to move away from vanilla investments and put money into alternative asset classes like equities, infrastructure, hedge funds and private equity.