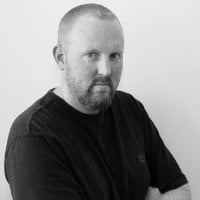 Much like other industries across the Middle East and North Africa, war and revolution played a major role in determining the fate of media and advertising across the region during the course of 2013. Egypt and Lebanon in particular were badly hit, with Egypt’s advertising landscape darkened and reduced following widespread unrest. Lebanese agencies, as always, put on a brave face as war in neighbouring Syria continued to threaten their livelihoods, leading to decreased advertising spend and a renewed interest in the potential of Iraq and the Maghreb.

The biggest news of the year, however, was not local specific, although its repercussions for the region will be sizeable. In July, Omnicom and Publicis, two of the world’s largest communications holding groups, announced they would merge. The proposed $35 billion mega-merger received an initial lukewarm response from shareholders, clients and staff, but if given the all clear by antitrust authorities around the world, will create a marketing monster. It will be the world’s biggest marketing services company, with combined revenues of $22.7 billion, bringing together Omnicom brands such as TBWA and BBDO with the Publicis-owned Saatchi & Saatchi and Razorfish. Maurice Lévy and John Wren, the chief executives of Publicis and Omnicom, have promised the merger will deliver $500 million of cost savings and sources suggest much of this is likely to come from Omnicom, which runs at a 12 per cent profit margin, compared with Publicis’ 15 per cent.

In the MENA region, significantly more media buying clout will now be in the hands of media agencies such as Publicis’ Starcom, MediaVest and Zenith, who will find themselves sharing the same parent as OMD and PHD, their fiercest rivals, with their combined strength likely to be used as a hammer against media owners. How they will work together, who will stay and who will go, is unclear, but the repercussions could be huge. Never has the industry been more under the control of powerful and egotistical men. On the other hand, never has the pace of change been faster, and the opportunity to bring fresh, entrepreneurial ideas to the table more enticing.

Iain Akerman is the editor of Campaign Middle East.