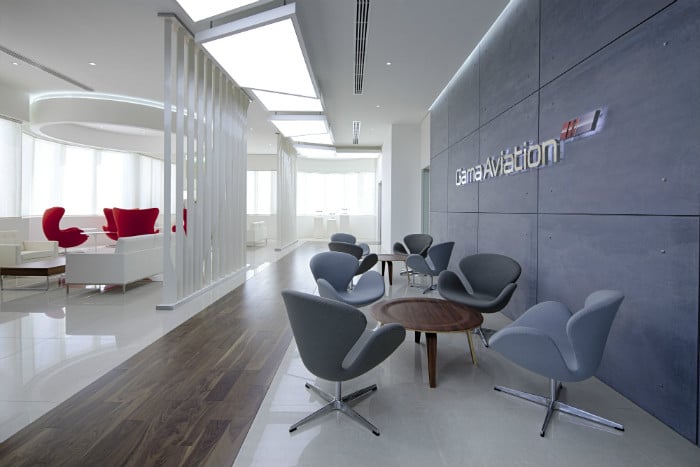 A former canteen in Sharjah’s Department of Civil Aviation (DCA) building has been converted into a swish private aviation terminal designed to cater to the UAE’s VIPs and high-flying executives.

Resembling an upscale hotel, the facility contains a reception area, toilets, showers, comfortable lounge seating with iPads – offering lightning-fast connectivity – espresso machine and drinks chiller, and has a room for pilots and security and immigration at the end. It is sharply designed and convenient – and shows Sharjah is serious about the private aviation business.

That message was endorsed by Marwan Khalek, CEO of Gama Aviation, who said it is only the first phase of a $15 million investment which will include new hangar and maintenance facilities. He said capital for the next phases will be a combination of “investment and normal business financing”.

The intriguing element about the terminal’s positioning is while it mainly targets businesses in the northern emirates, it will also have those in Dubai firmly in its sights – who may now take their timing chances on the roads for a guaranteed in-and-out boarding experience in slot-congestion-free Sharjah.

The move is also designed to diversify Sharjah’s aviation profile, as it is widely associated as a centre for low-cost aviation, given Air Arabia’s sharp growth, and air freight.