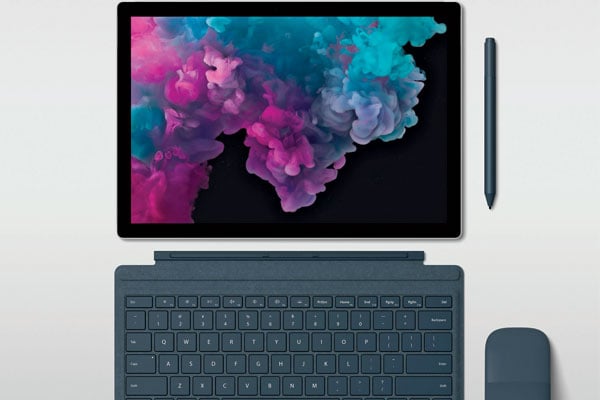 When tech gossip sites across the world already discussing leaks and wish lists about Microsoft’s next Surface device (Pro 7), it is a stark reminder about how quickly consumer tech products are expected to innovate and change and come out with the ‘next new thing’.

The highly anticipated 2-in-1 Surface Pro 6 – released in the UAE earlier this year – was unveiled late last year as the much-faster version of its predecessor, the Surface Pro 2017.

A lot of things have remained the same in terms of the overall look and feel – the weight is still 771 grams, with the tablet measuring 0.33 inches thick and the display staying at 12.3 inches with a 2,736 x 1,824 resolution.

However, the Windows 10-powered tablet PC features some internal upgrades. It has the latest eighth-generation Intel quad core processors (either i5 or i7), which, according to Microsoft, makes the device 67 per cent faster than its predecessor.

A much-touted feature has been the introduction of a new matt black colour, which looks amazing. A nice addition.

Other features include a 5-megapixel front-facing camera with 1080p Skype HD video, an 8-MP rear camera with full HD video, a USB 3.0 port, a 3.5mm headphone jack, a microSDXC card reader and a mini DisplayPort. However, the one keenly awaited feature that doesn’t make an appearance is the USB-C port.

The click-on keyboard, which comes in four different colours, looks good and offers a great typing experience. But the keyboard is not included with the device, so you will need to buy it as a separate accessory.

From a weight perspective, the Surface Pro 6 is really handy to use on the go, especially if you are required to carry it around. One drawback is that it is hard to use on your lap for a long time as the kickstand starts to feel uncomfortable after a while.

While the hardware changes make the new Surface Pro an enhanced version of its predecessor, it doesn’t warrant an upgrade for those using the previous version. However, for someone looking to buy a new portable device, the Surface Pro 6 is a good option.

Available at all major UAE retailers. Price: From Dhs3,759.