The Future of Smartphones - Gulf Business 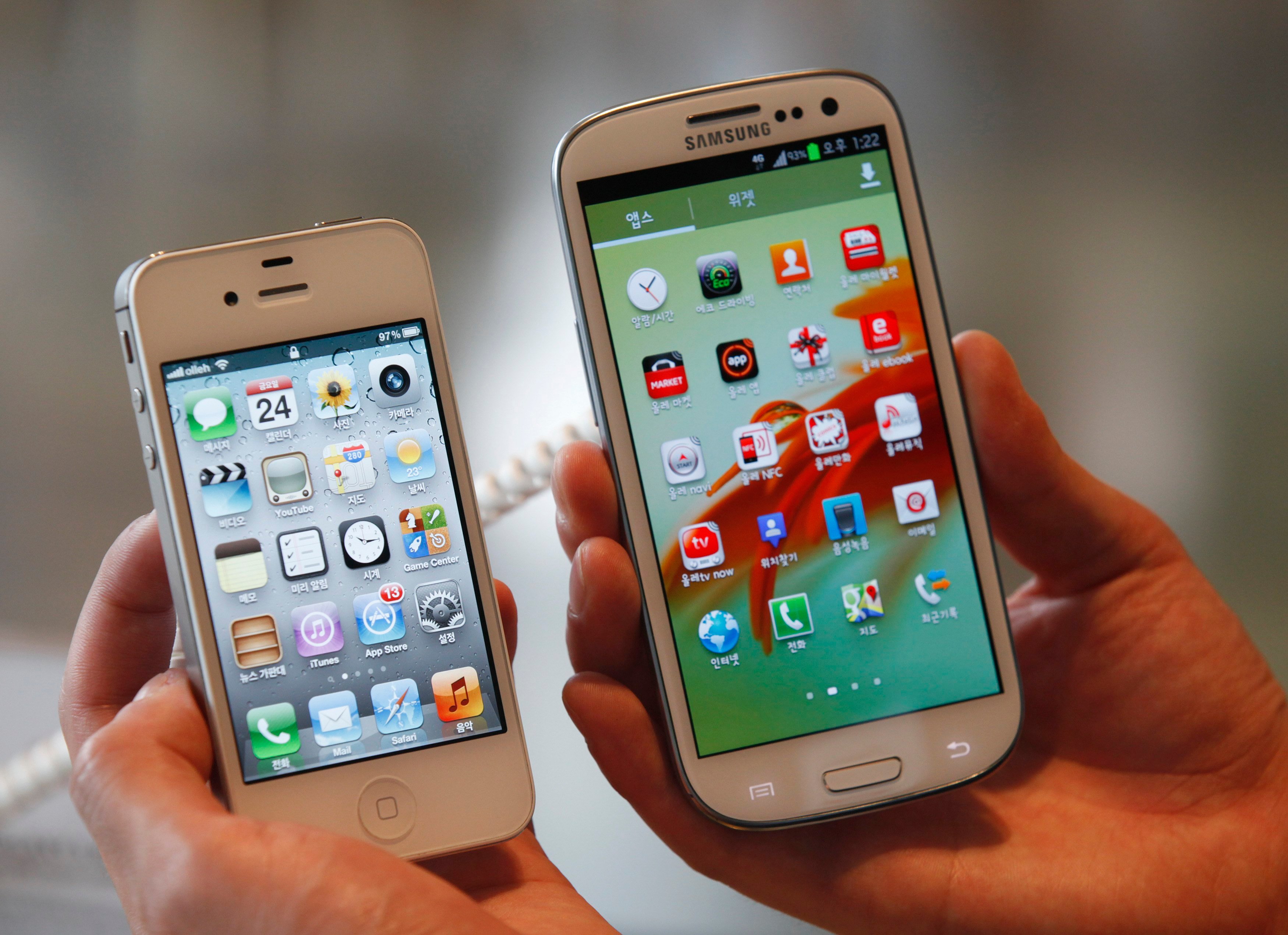 Imagine a driverless car dropping you off at work and the doors of your office automatically opening on your arrival and greeting you. Futuristic as this scenario may sound, it may no longer be limited to a sci-fi movie.

A staggering 60 per cent of global smartphone users believe that sensors will be commonplace by the end of 2016, including doors and gates that recognise you and cars that exchange information to avoid accidents.

Up to 59 per cent also want a wristband that logs activities such as walking and sleeping, according to a recent survey by Ericsson ConsumerLab. Realistically speaking, some of these expectations may take longer than hoped to become commonplace, admits Cecilia Atterwall, head of Ericsson’s ConsumerLab. But IT players across the spectrum are gearing up to address the demands in the market, she says.

“The industry is discussing the Internet of Things and how wearables could come into play. All of us have to struggle to make it happen. Some things like wearables are picking up pace and we will have to see whether there will be take-up.

“But as the next step, the devices really have to be very simple to use and work by themselves with all the different devices connecting by themselves. And that will take further time,” she explains.

Customers are mainly concerned about smaller issues such as wearable devices draining their smartphone battery, Atterwall says. “So you have to make people feel relaxed that the basic functionality will always be there and then you have to show that you will meet their needs. From the technology providers’ perspective, what they are trying to get their heads around are viable business models,” she explains.

SMARTPHONES – THE MORE, THE MERRIER

While a plethora of wearables were on display at Mobile World Congress (MWC) in Barcelona this year, manufacturers are still cashing in on the remarkable growth of smartphones.

A common target for all these companies is the Middle East – especially regions such as the UAE and Saudi Arabia, where smartphone penetration levels are amongst the highest in the world and cash-rich consumers are always on the lookout for the newest and flashiest device.

Hence it was no surprise that Samsung chose Dubai as one of its first tier cities when launching the S5 worldwide on April 11. Deepak Babani, CEO of Eros Group, Samsung’s UAE distributor, says some of the phone’s new features are particularly alluring to regional users.

“The phone includes new features which the consumer can really utilise. For instance, the water resistance technology is something that customers are looking for, especially in the Middle East, because when we talk on the phone, we tend to sweat, and we have had people complaining about this problem in the past,” he explains. A better battery life and a finger sensor are also relevant features, he adds.

BlackBerry, which has been struggling since its much-hyped BB Z10 and Q10 phones launched last year, announced new devices that go back to its roots. The Q20, slated to launch before year- end, is modeled around a ‘classic’ BlackBerry device, featuring a 3.5 inch touchscreen and a keyboard with frets and sculpted keys.

Speaking to Gulf Business, John Sims, the recently appointed head of enterprise at BlackBerry, says: “The Q20 is targeted at the BlackBerry OS6 and OS7 older users who love their Bold but don’t have anywhere to go. The key difference between the Q20 and the Q10 is it has a bigger screen and also has the buttons that people are used to. We think this will make a big difference to people and build their affinity to the device.

“We are also working with our distribution partners to make sure that there is more hand-holding of users in the early stage to ensure that they start to become comfortable with the devices.”

Nokia, which had a colourful stand at MWC themed around its new Nokia X range – based on the Android open source platform – says it is targeting a new segment of smartphone users.

“We have a lot of equity, a lot recall and people still trust the brand in that price-point. It’s a loved brand in that segment of $150 or below. So we are targeting all those consumers who are moving to smart devices from feature phones. We hope they will stay with Nokia as part of Nokia X, get familiar with the Nokia and Microsoft services, get familiar with the tile user interface, and when they go to their better and bigger phone, we hope they will choose the Lumia.

“The ultimate objective is to make Microsoft the next ecosystem and make Lumia a big brand under the smartphones segment. So Lumia on Windows phone remains our smartphone strategy; the Nokia X will never be a flagship,” he adds.

SURVIVAL OF THE FITTEST

While Microsoft’s takeover of Nokia last year has been widely analysed and there has been much debate about the $7.5 billion price tag, another deal that has been making headlines is Chinese PC maker Lenovo’s acquisition of Motorola.

Lenovo first announced plans to acquire Motorola Mobility from Google for $2.9 billion in January 2014, and the deal is expected to be completed within the next six to nine months, the company’s CEO, Yang Yuanqing confirmed to reporters during MWC.

The Chinese firm is upbeat about turning around the struggling US phone maker. “The problem is that Motorola’s expense to revenue ratio is too high. We are confident that we can increase volumes, and in turn increase revenues as well. That will help reduce that ratio,” says Yuanqing. “It is a very valuable asset and the best target for us. It is a good asset, a good brand, has good carrier relationships and good talents.”

Motorola’s brand identity will be retained in certain markets where it is already popular, such as Western Europe and the US. However Lenovo is considering the use of a dual branding along the lines of “Moto by Lenovo” to help both the brands expand reach across various geographies. Jointly, the two brands will develop products to cater to customers across all price points, assures Yuanqing.

Products and technologies are advancing rapidly, but the pressing issue of cyber security is looming large over corporates, consumers and even the government.

The fact that the issue was one of the key points of discussion during the recent World Economic Forum in Davos illustrates its rising importance across the world, points out Nikolay Grebennikov, chief technology officer at Kaspersky Lab.

“It’s a question of evolution and after incidents and attacks, people now believe that it’s a real threat and not something theoretical. Big corporations are also understanding that cybercrime can damage business not only from direct financial losses but also from reputational losses,” he says.

While budget constraints have always been a drawback for the industry, another challenge has cropped up following the recent so-called Snowden effect, with companies and individuals wary about privacy of data. “Many companies now do not want software from American companies because they really believe that the FBI is watching them. So it is a question of who you should trust – which is the most important aspect of security,” clarifies Grebennikov. “You should really believe in the company, in the person and the partner you work with.”

Looking ahead he warns that threats will increase both in terms of quality and quantity, as hackers become more sophisticated and financial and terrorism related cybercrime continues to grow.

“We will try to make communication within the Internet of Things secure and try to investigate and build some threat models. But it is the story of evolution – cool stuff can be made, but bad guys will follow and we will follow them.”