From real estate to horology, Porsche Design marks 50 years of pushing the boundaries

As far as car designs are concerned, the 911 retains legendary status. It has remained in production since 1964, with well over a million units sold to date. Its exterior design has only been marginally tweaked with every successive generation update over the last nearly six decades. The credit for its original design lies with none other than Ferdinand Alexander Porsche, grandson of Ferdinand Porsche. “In 1972, the family decided to resign from the car business. FA Porsche decided then to establish his own design studio in the small Austrian town of Zell am See. That’s how he founded Porsche Design in 1972, and we still operate out of that studio,” Dr Jan Becker, CEO of Porsche Lifestyle Group, told Gulf Business recently during a brief visit to Dubai.

FA Porsche’s first product out of that studio was a revolutionary watch – the Porsche Design Orfina Chronograph – which was the first commercially available timepiece with a full black case. As Becker explains, there was always a meticulous method that FA Porsche followed, and one that the design studio follows to this day. “Back then, watches were mainly in silver and gold, and were considered to be jewellery pieces. FA Porsche asserted instead that the main function of a watch is to show the time. So, he went to the car and looked at the dashboard, the speed indicators, and that’s what he transmitted into the watch. It was a black watch with white indices, and it represents our philosophy of [merging] design and functionality,” notes Becker. 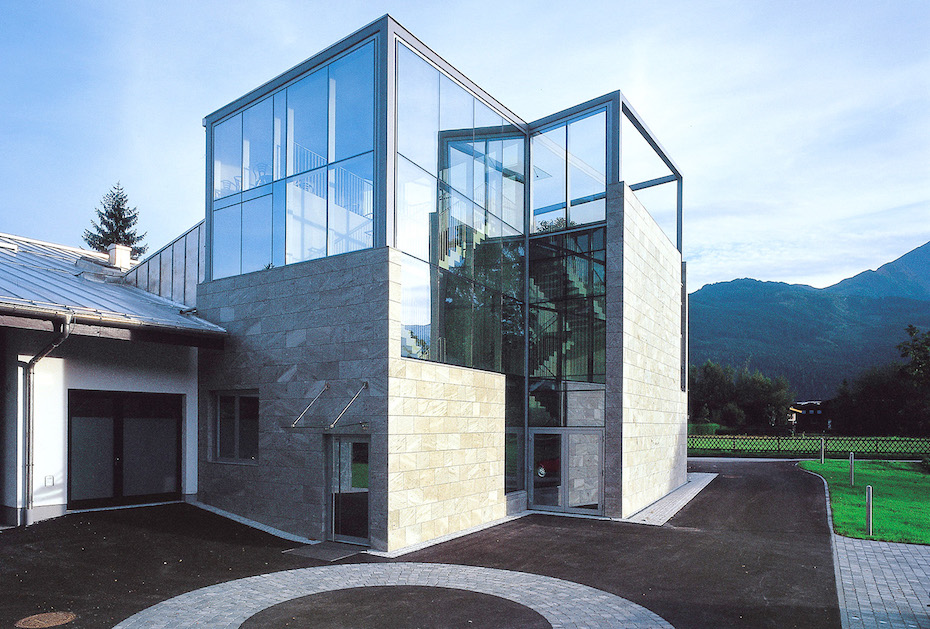 The Porsche branding can today be seen across five main products categories: watches, sunglasses, luggage, electronics and athleisure offerings, including sneakers and clothing.

Becker and team though are now going much further and expanding into the hotel business, with the Middle East likely to see the debut of this new venture. Last year, Steigenberger Hotels entered into an agreement with Porsche Design to establish Steigenberger Porsche Design Hotels. “Steigenberger is a very traditional German hotel brand that is over 90 years old. It typically operates conservative-style five-star grand hotels. What we have in mind is to combine this excellent traditional approach with our [modern] lifestyle branding. So what we are going to do with a Steigenberger Porsche Design Hotel is to be a lifestyle luxury hotel brand that is not so stiff and is a bit modern,” says Becker.

“We want to open the first hotel by 2024, and then a total of 15 hotels globally over the following five years. We want to go into absolute top locations – so that would be the US, probably something in Shanghai, a few in Europe, and maybe two here [in the Middle East]. And there’s a good chance that we will open the first hotel here in this region,” he adds. 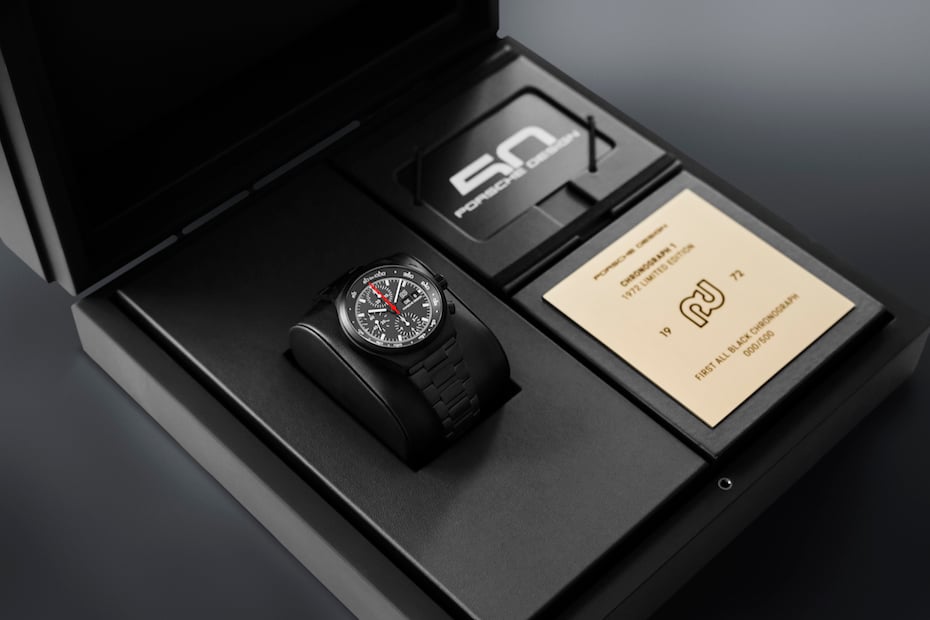 Porsche has also deftly moved into the real estate business. In 2016, by way of an agreement struck with real estate magnate Gil Dezer, the first Porsche Design Tower debuted in Miami. The 60-storey oceanfront residential project netted over $840m in apartment sales before it was even opened, demonstrating the appetite among the very rich to opt for luxury branded homes. Porsche is set to capitalise on it. “There’s a second project under construction in Stuttgart,” says Becker of the Porsche Design Tower Stuttgart. “We have a third project coming up in Canada, which is already designed, and which will hopefully be signed this month. “And,” reveals Becker, “we’ve just started talks here in Dubai for a fourth tower.”

With Porsche’s plans to debut the first of its hotels within this region, and possibly a tower too, the significance of the Middle East to its overall business is not lost on Becker. “Porsche Design opened its first stores here back in the late Eighties, and early Nineties. Historically, this is an important market to us because we are targetting travellers and business people. Dubai, for example, with its airport hub is very important to international travellers.

“We have roughly 100 stores globally, and about a dozen within the region. While we run our own stores in Europe and the US, here in the Middle East, we have franchise partners. We work with Jashanmal [in the UAE, Kuwait and Bahrain],” says Becker.

Along with Jashanmal, Porsche Design is set to open a new store in Dubai Mall – its second in the city after the Mall of the Emirates – later this year. “We have a new shop concept for our stores. The Dubai Mall store will be one of the first in the world to showcase that new concept,” says Becker. He does see, however, avenues where Porsche Design still has scope to grow within the region. While e-commerce accounts for roughly 20-25 per cent of its business in markets such as Europe and the US, he says that it ranks significantly less here and that’s something he’s keen to remedy. 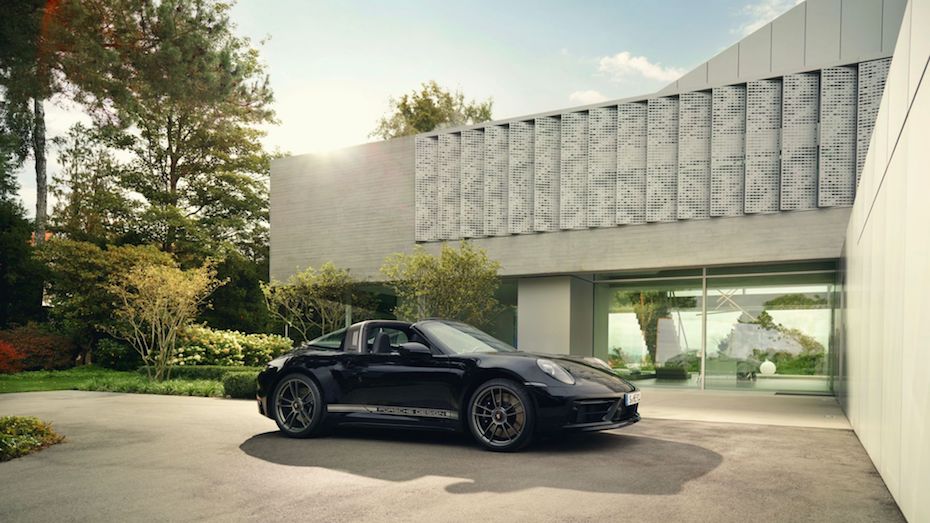 This year marks the 50th anniversary for Porsche Design, and there are several limited-edition collectables coming out of its studio. It includes the Chronograph 1 1972 Limited Edition, limited to 500 pieces, which Becker says is aesthetically identical to the original piece made by FA Porsche 50 years ago, only that the 21st-century version has a case made from titanium and a COSC-certified movement. Then there’s the one-off Porsche 911 S 2.4 Targa from 1972, which has been fully restored by Porsche Classic and Porsche Design, and will be auctioned by the latter at Sotheby’s this November. One of the big reveals for the anniversary celebrations though is the Porsche 911 Edition 50 Years Porsche Design car, limited to 750 units.

“Each region will have a quota of this car allotted to it. Of the 80 cars that were committed to the US, 78 customers have already placed their orders. We have transferred materials and colour schemes, for example, from our Porsche Design products into this car. Also, for every customer that buys one, they will be given a special-edition watch which is available only to the owners of this car – if you see someone wearing this watch, you will instantly know that they own this limited-edition car too,” says Becker.

Becker’s role as CEO is to guide the design process of all the products, but more importantly to draw a line and refrain from partnerships that are potentially detrimental to its brand value. “The most challenging job is to say no to business requests that would actually bring in a lot of money. There was a big corporate enquiry about smoking accessories, and we even had a request to design weapons. Those collaborations would have brought us a lot of money, but it is not in line with our overall policy,” says Becker. Fifty years in, the queue knocking on Porsche Design’s door is only getting longer.