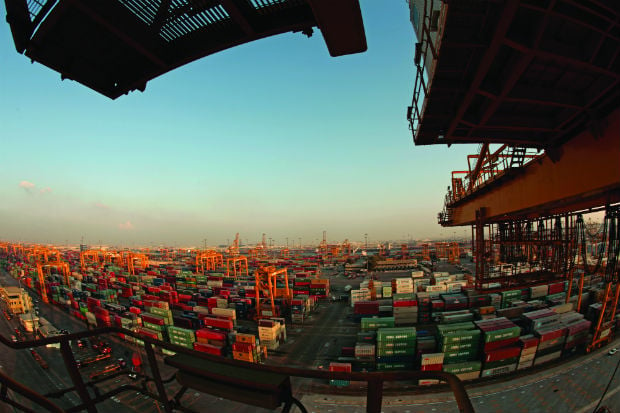 Looking at Dubai today, it is difficult to imagine that only a few years ago there was little more than sand extending across many of its best-known business areas.

But if you ask those in the business community that helped transform the emirate from a small desert town to a thriving international business hub, Special Economic Zones (SEZ) or free zones are sure to be part of the explanation.

The introduction of the Jebel Ali Free Zone in Dubai in 1985 was the first step on a long ladder of SEZ development, which has helped Dubai attract foreign investment, diversify away from oil and gas and improve employment opportunities.

“What we found from a general business development perspective is that the advent of free zones really opened up Dubai as a potential market place or regional hub, which has now come to fruition with the infrastructure that’s in place,” says John Martin St. Valery, founding partner at company formation specialist Links Group.

Given the need to diversify away from oil and boost FDI, it is little surprise that many GCC countries are looking to expand their SEZ base over the next few years.

Saudi Arabia has a number of SEZ projects under construction as it looks to add to its existing sites. These include the massive King Abdullah Economic City (KAEC) development, a site the size of Washington DC, located north of Jeddah. KAEC aims to be a regional trans-shipment, industrial and tourism hub and has been redesigned several times since its inception.

Kuwait appointed law firm DLA Piper in September 2013 to assist in developing three SEZs. These come on top of the Kuwait Free Trade Zone located at Shuwaikh Port, established in 1999, which offers no import duties, tax-free foreign corporate income and service licenses without a local sponsor.

Oman has four established SEZs and is looking to expand them as part of a drive to reduce the oil sector’s contribution to GDP to nine per cent before 2020.

The second phase of the Salalah Free Zone from 2015 to 2020 will focus on developing the zone’s sectors while the third phase, set to be finished in 2025 will expand its infrastructure.

But what makes free zones so attractive?

But zones also represent a “compelling offering” for international companies with a product or service targeted B2B, regionally or internationally, says St. Valery.

Studies into the relationship between investment, and the investment climate have shown that a better investment climate, through meta-institutions like property rights and the rule of law, is associated with high levels of productivity, exports and investment, according to Thomas Farole in his Second Best? Investment Climate and Performance in Africa’s Special Economic Zones report.

“All the free zones in the UAE or Dubai are important for the economy because they provide something that is outside the federal law,” says Jamal bin Marghoob, director of marketing and corporate communications at Dubai Airport Free Zone Authority (DAFZA), referring to local sponsorship laws.

“Free zones came in to take that part away and provide an opportunity for people that don’t want to be tied up with certain restrictions to freely do their business.”

The contribution to Dubai’s economy in terms of foreign direct investment is notable, with figures suggesting every dollar spent in Dubai International Financial Centre (DIFC) is magnified up to 17 times into the general Dubai economy, according to St. Valery.

The World Bank’s SEZ report found that zones have played an important role in catalysing export-oriented diversification in the UAE as well as other countries in MENA including Egypt and Morocco.

“When we go overseas, we try to target multinational companies that will add value to the UAE as a name and Dubai as a hub,” he says.

“That’s where we try to differentiate ourselves when we bring clients, in terms of economic growth.”

He also points to the indirect value companies contribute to UAE GDP when they setup in a free zone, even if they aren’t paying taxes.

As well as local jobs, contributions are made through workers spending in Dubai’s shops and restaurants, renting an apartment, sending their children to school or paying for transportation and telecom services. While companies require printing, branding, office furniture and telecom, postal and logistics services.

While it would be no surprise to see zones in neighbouring countries competing to host the regional headquarters of international clients, could competition emerge between zones in SEZ heavy markets?

Questions were raised in the UAE when the Global Marketplace Abu Dhabi (GMAD) was announced in February 2013, seemingly creating a rival to Dubai International Financial Centre (DIFC). While a number of other zones in the country appear to target similar customers.

Dubai Airport Free Zone is somewhat unique in the emirate, in that, despite its name, it is not restricted to a specific industry, meaning it could potentially compete with a number of zones to host new companies.

“We are working for one vision which is Dubai and the UAE and so we are not against each other in the same way as private companies like Coke and Pepsi,” says Marghoob. “We generally complement each other as each free zone concentrates on different industries, location advantages, or business cost structures.”

He does, however, admit that there is a certain degree of pride involved in bringing in the best clients.

“We will fight or we will compete to bring the best to Dubai, and are proud of which clients we bring.”

Among the methods Marghoob sees for attracting and maintaining these clients is through feedback.

Based off of a survey it conducted, the authority is in the process of building an expansion including seven floors dedicated to offices for international organisations, a building for DAFZA’s government strategic partners and a food court with mix-use recreational business facilities.

The total cost of the project will exceed Dhs500 million, with the first phase one set to be completed in 2015.

“This is where we compete, if we listen to our clients and provide what they want they will stay,” he says. “Our job does not end when we get the clients, it starts when we try to maintain the clients.”

Through projects such as these, DAFZA hopes to retain its crown as the Middle East’s fastest growing free zone awarded to it Foreign Direct Investment (FDI) magazine’s biannual Ranking.

“We started 17 years ago and if you look at the development, we’ve almost reached the same benchmarks as someone who has been in the market for 25 to 30 years,” he says, comparing progress to the older JAFZA.

The impact of SEZs in Dubai is clear, and sure to be an example for countries looking to expand their own free zone offerings, but there are still means being explored to improve the model.

One method DAFZA is looking at to attract more foreign companies is simplifying and modernising its application processes, as part of a wider smart initiative by the Dubai government.

Marghoob says part of this scheme will involve enabling clients to gain first approval for their free zone licence from overseas using the DAFZA website, rather than having to come to Dubai to queue to submit their papers.

He also reveals that out of hours services are planned, allowing clients to have applications processed online or over the phone when the DAFZA offices are closed.

But the success of the emirate’s many free zones may also lead to other means of attracting investment on-shore.

This could be achieved through changes to ownership requirements for on-shore businesses, allowing foreigners to hold higher than the current 49 per cent limit.

“I think it makes absolute sense and it’s something that’s been in the background for a long time from a company law perspective,” says St. Valery, though stressing that it is unlikely to happen quickly.

Dubai’s transformation from a developing to a regional hub, however, has changed the type of business the emirate is looking to attract.

“Now it’s not so much about companies coming in and helping build the infrastructure,” says St. Valery, reflecting on the business climate when his company started 10 years ago.

Indeed, with established business areas and infrastructure in place, the focus has changed to attracting companies to take advantage of the facilities already available in Dubai, rather than to help build them.

Certainly, this is progress that other markets will be hoping to emulate.