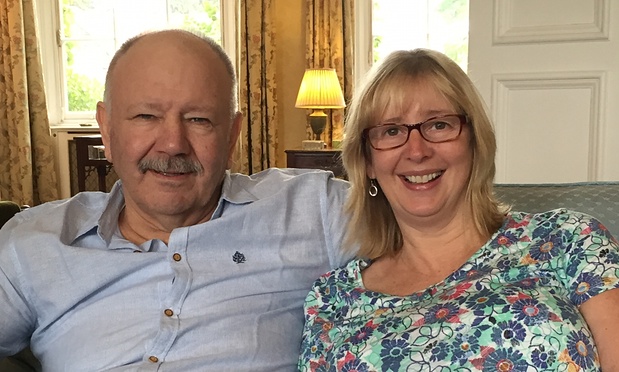 British hostage Bob Semple, who was freed by the United Arab Emirates’ forces this week from Al Qaeda in Yemen, said that he was grateful for the Gulf Arab country’s assistance in rescuing him.

“I am delighted and relieved to be back home safely and to be reunited with my family after such a long time,” Semple was quoted as saying by state news agency WAM.

“My wife Sallie and I want to thank all the people who supported us through this ordeal: especially the Foreign Office, Hostage UK, the Police, our family, friends and well wishers, and the UAE forces who secured my release. We are incredibly grateful to you all.”

Semple, a 64-year old petroleum engineer, was working in the Hadramaut area when he was kidnapped in February 2014. He was freed by the UAE forces based in Aden earlier this week and was flown to Abu Dhabi via a military jet.

The Briton also thanked the media for not publicising his captivity. Hostage situations in conflict-ridden zones are usually not revealed, mainly to protect those who are held in captivity. But video messages from the hostages, uploaded onto social media websites, have attracted public attention to such cases. Media reports suggest that a brief video message was posted by Semple’s captors in August 2014, where he was shown kneeling and blindfolded while pleading for his release. The video, which was not verified as authentic by the UK government, was not publicised widely.

Kidnappings of citizens from western countries by Islamist groups in the region are common as they fetch hefty ransoms. Often the hostages are initially captured by the local tribes and then sold to major groups such as Al Qaeda and the Islamic State in Iraq and the Levant in return for money.

Hostage situations in Yemen have been sporadic compared to Syria where ISIL has held and executed a number of journalists and aid workers.

Semple is the second known hostage held in Yemen, where the Shi’ite Houthi rebels and Gulf Arab states are engaged in a fight for control.

Prior to Semple’s release, a French woman Isabelle Prime was released after being kidnapped in Yemen along with her translator. Prime was not released by any military forces but through negotiations facilitated by Oman.