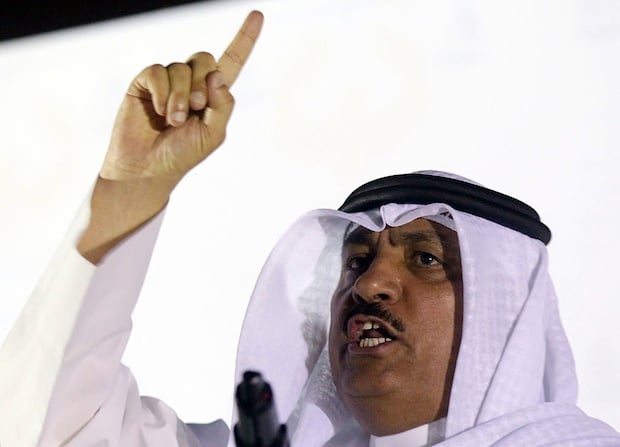 A prominent Kuwaiti opposition politician and government critic has called for political reforms in the Gulf state in his first public comments since he was freed from prison last week.

He has in the past argued for broader electoral laws, a tougher line on corruption and judicial oversight for government work. His release was expected to boost opposition efforts, especially against austerity measures introduced last year.

“I send my message to the decision makers: act fast and I am sure if the authorities take one step towards reconciliation, the people will take two steps,”

Barrak told some 2,000 supporters in Farwaniya province, south-west of the capital, late on Monday that nobody wanted to change the ruling system, but added: “If the government takes a step towards political reforms, we are ready to take steps in the same direction,”.

Barrak was long at loggerheads with the authorities over changes made in 2012 to an election law which he and other opposition politicians said were to prevent them taking power.

He was initially sentenced to five years in jail in 2013 after a court found him guilty of insulting the emir in a 2012 speech in which he appealed to him to avoid “autocratic rule”.

But an appeals court in 2015 reduced the sentence to two years in jail after which he was taken into custody.

Citizens of the Gulf country, one of the world’s wealthiest, have bristled at recent fuel subsidy cuts and utility price hikes that the government pushed through the outgoing parliament with relative ease.

Kuwait avoided mass Arab Spring-style unrest but citizens held large street protests in 2012 after the emir changed the electoral law. While Kuwait allows more freedom of speech than some other Gulf Arab states, the emir has the last say in state affairs.

There has been a series of political trials and authorities have revoked citizenship of some Kuwaitis in the past two years that have drawn rebuke abroad and anger at home.