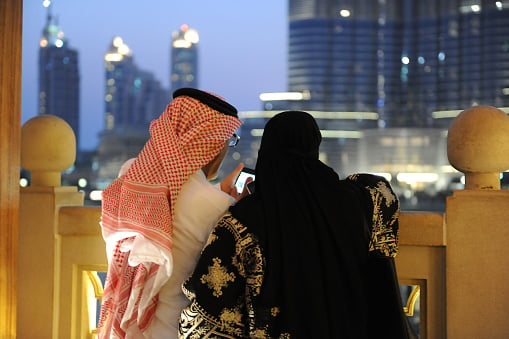 Free public wifi access will soon be available across Dubai as part of the emirate’s smart city ambitions, a senior expert has said.

“I think it will be a reality definitely – there will be wifi everywhere we go,” Cisco UAE’s general manager Rabih Dabboussi told Gulf Business on the sidelines of the Gitex exhibition.

“Now it doesn’t have to be in every corner of the city, it just has to be in the most dense and most major areas. And that’s already happening today in places like Downtown Burj, at malls – a lot of public areas are covered,” he said.

During the Gitex exhibition last year, the Dubai Municipality signed an agreement with telecom provider du to offer free wifi across all major public parks and beaches in the city. The initiative is ongoing.

“Both du and Etisalat are doing a fantastic job in expanding wifi coverage,” said Dabboussi. “And it’s not a competing technology to 3G and 4G anymore – in fact they are complementary.

“So for us as users, it really doesn’t matter as long as we are connected. As more and more services become available on the cloud, it doesn’t matter where you are because services are not offered through that technology but rather through the internet.”

With smartphone penetration close to 200 per cent in the United Arab Emirates, having free public wifi will help more and residents remain connected. At the same time, with Dubai alone aiming to attract up to 20 million visitors by 2020, the move is also expected to greatly assist tourists.

However, there have been concerns that offering free wifi may cause a dent in data revenues for telecom providers. Data revenues are growing – they accounted for up to 30.9 per cent of du’s mobile revenues in the first quarter, up from 27.6 per cent a year ago.

But Dabboussi says the issue can be addressed though revenue sharing models.

“For instance they can have a revenue sharing deal with the municipality when you look at providing free wifi in parks and public areas.

“You can open that platform to do advertising, retail offerings or provide other services that are available within the parks and other areas.

“For example if I’m a hot dog cart vendor and I really want to advertise, the ability for me to reach and advertise to 5,000 people who are there at Safa Park or Jumeirah Beach on the weekend for a charge of Dhs 50 would be great – I would be delighted to do that. Multiply that by thousands of vendors and you probably more than recover the cost of the wifi infrastructure,” he explained.

Dabboussi also confirmed that Dubai is on track to achieve its aim of becoming a ‘smart city’.

The initiative, announced in 2013, aims to make government services accessible, quick and efficient through the use of hi-tech smart devices.