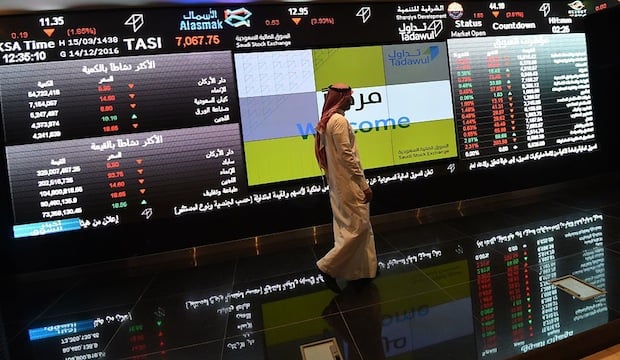 New York-listed investment firm Franklin Templeton sees “growing potential” linked to reforms in Saudi Arabia despite recent political controversy over the killing of journalist Jamal Khashoggi, according to its president.

Foreign investors withdrew $1.7bn from Saudi stocks last month as Western leaders criticised the kingdom and pulled out of from an investment conference over its alleged involvement in Khashoggi’s disappearance after he entered the Saudi consulate in Istanbul on October 2.

Saudi officials have since said the Washington Post columnist was killed by a rogue security team in a premeditated attack after initially suggesting he died accidentally in a fistfight.

Read: Saudi prince urges US to avoid ‘demonising’ the kingdom over Khashoggi murder

Despite the withdrawals, which also hit a Saudi-focussed exchange traded fund launched by Franklin Templeton last month, the president and chief operating officer of holding company Franklin Resources said the firm was encouraged by the “opportunity” provided by recent economic reforms in the kingdom.

“The fact is with MSCI adding Saudi to the emerging markets index we think that could be a $40bn-$50bn influx of capital there, and so that of course is going to buoy the markets there as well.”

Johnson said these upgrades could help the kingdom and wider Gulf region, which has been “punching under its weight”, lose its perception of being solely linked to oil.

“Over time being included in the index will bring more institutional investors to start paying more attention to the market,” she added, while suggesting experience of other emerging markets showed the current controversy was unlikely to be a long-term factor.

“That’s the thing with emerging markets, you have these spikes in political activities and that can certainly slow down the flow of capital. As it works through it can pick back up – it’s rarely a permanent impairment of capital.”

Speaking more broadly, Johnson said conditions in the firm’s home US market had made it a “tough time for active managers” in recent years but volatility over the last few weeks, including an October that represented one of the worst months for Wall Street in years, presented opportunities.

“When we look forward the time for the active manager is back,” she said. “We tend to think there is still some opportunity in the US market because of the tax reform and the stimulus that gave. You’re obviously long in the cycle here of the bull market but we still think it has some more to go.”

Looking forward the company and its units plan more of a focus on data science and analytics to support its investment teams including via a new fintech office in Vizag, India, in which it will invest up to $62m and support 2,500 jobs.