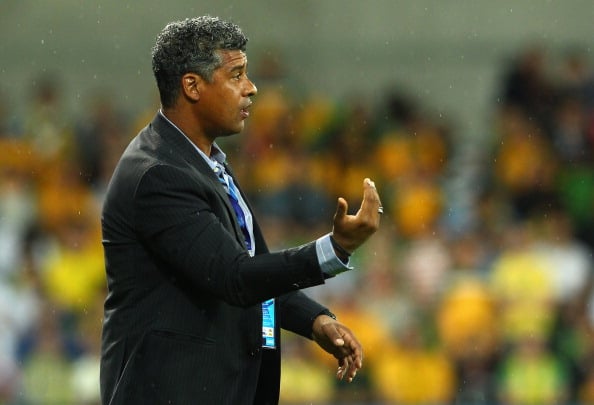 Saudi Arabia have sacked Frank Rijkaard as coach of the national soccer team after 18 months in charge, the country’s football federation has announced.

Rijkaard signed a three-year deal in July 2011 but a disappointing Gulf Cup of Nations campaign this month prompted the Dutchman’s dismissal halfway through the contract.

Saudi Arabia failed to make it past the group stage in Bahrain, recording a solitary win over Yemen but losing twice to Iraq and Kuwait.

“After a long FA board meeting on Wednesday we agreed with Mr. Frank Rijkaard to terminate his contract, and send it to a legal advisor to decide each part’s rights after terminating the contract,” the Saudi FA said in a statement on their website.

Eliminated early from 2014 World Cup qualification, the Saudis are determined to make it to the 2015 Asian Cup in Australia and are grouped with Iraq, China and Indonesia.

Saudi Arabia’s national news agency reported Spaniard Sergio Piernas, who is now coaching the country’s youth team, would take over from Rijkaard on a temporary basis and lead them through Asian Cup qualifiers against China and Indonesia in February and March.

Dutch great Rijkaard, who was part of the team that won the Euro 1988 tournament, has also coached the Dutch national side, Sparta Rotterdam, Barcelona and Galatasaray.