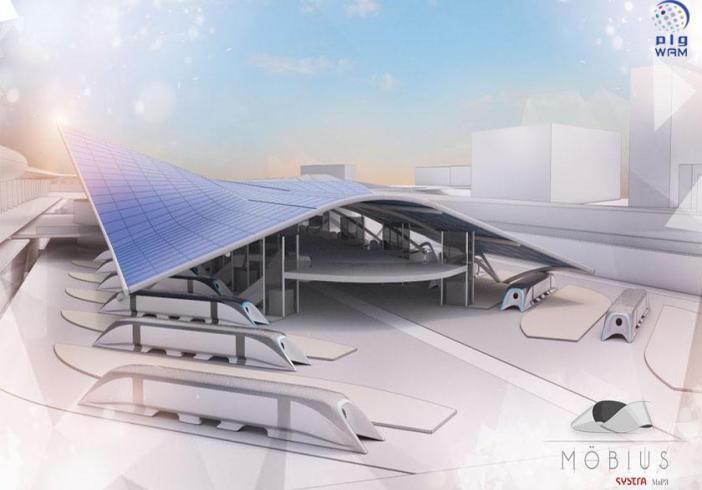 France’s Team Mobius has won first prize in Dubai’s International Hyperloop Competition to design a prototype for a high-speed transportation system to Fujairah.

The winner competed for the prize with five other teams, which were selected from a pool of 250 entries from 29 countries.

Read: Hyperloop train to travel from Dubai to Fujairah in ‘less than 10 minutes’

A panel selected Mobius based on technical, economic, safety, efficiency and sustainability criteria and the company’s ability to reinvent high-speed transportation for passengers and cargo.

The event marked the eighth edition of the Build Earth Live international competition and attracted many previous entrants as well as social media attention, with one million views on a dedicated Twitter hashtag in two days.

Each team was tasked with presenting their design before the judging panel for a parallel hyperloop transportation system – one for passengers and one for cargo – that could connect to one station at the end of the route and others between the two emirates.

The finalists were selected from 65 teams in the semi final stage, which included companies from government and private sector institutions.

“The winning project was chosen by a highly qualified panel of experts and specialists in engineering and technology; it is one of the most innovative plans to build an integrated high-speed hyperloop transportation system that can travel from Dubai to Fujairah in a mere 10 minutes,” said Dubai Future Foundation CEO Saif Al Aleeli.

Hyperloop systems integrate a low-pressure pipe that enables capsules inside to travel at speeds of up to 1,200kmh.

The concept was first put forward by Tesla’s Elon Musk, who open sourced it to the world.

The technology is claimed to cost just 10 per cent of high speed commercial train systems and is being assessed for feasibility in Dubai.