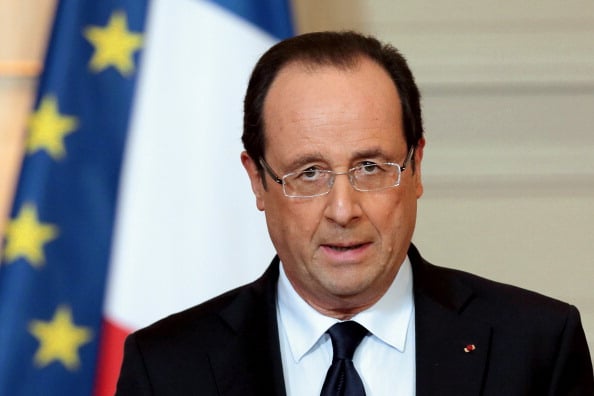 By deploying Hollande, Paris hopes to outmanoeuvre rivals including Britain, which is to send a Foreign Office under-secretary in support of Royal Dutch Shell, at an Abu Dhabi energy conference, where the deal will be discussed on the sidelines.

Aside from its value, the Bab ultra-sour gas deal could also give Total a competitive edge in talks for the 2014 renewal of the UAE’s largest onshore oil concession, ADCO, on which the Bab field stands.

“Hollande is set to have a three-hour meeting with the country’s ruler, Sheikh Khalifa bin Zayed al-Nahayan,” a French diplomatic source said. The meeting will be the centrepiece of Hollande’s lightning one-day visit on Tuesday.

“Apparently France will be some sort of guest of honour, even though they don’t use that term, because lunch will be dedicated to France,” said the source, who was not authorised to make official comment and so requested anonymity.

British Prime Minister David Cameron travelled to the Gulf in November to ensure that oil major BP was reinstated in the bidding process for the renewal of the ADCO concession. It had been excluded due to UAE irritation with Britain’s backing of Arab Spring uprisings in 2011.

France’s Total, whose Chief Executive Christophe de Margerie will also travel to Abu Dhabi next week, declined to comment, as did Shell and Exxon Mobil Corp, which is seen as another possible bidder.

The French diplomatic source played down the idea of an Anglo-French rivalry over the project.

“You have to stop being so Europe-centric. The challenge for the Emiratis is to rebalance their economic relations towards other partners such as the Koreans and the Chinese. They want to rebalance what they give to each and every one,” the source said.

ADCO, which has been in place since 1939, is up for renewal in 2014 and includes the Asab, Bab, Bu Hasa, Sahil and Shah fields. Abu Dhabi’s national oil company (ADNOC) has a 60 per cent stake, Total, BP, Shell and ExxonMobil each have 9.5 per cent.

ADNOC has launched a tender to award in 2014 a 30-year licence to develop the multi-billion, ultra-sour Bab gas field, which is included in the 1.5 million barrels per day (bpd) concession.

Being awarded the project, therefore, could help the winner remain in the larger oil concession when it is renewed.

“Winning the contract would allow Total to promote its expertise to Abu Dhabi and to position itself as a technological leader for the (Bab) field as part of the renewal of the ADCO concession in 2014,” another diplomatic source told Reuters.

This will also allow Total, which draws around 10 per cent of its 2.4 million bpd of global production in the UAE, to promote its know-how globally.

To win the deal, Total will highlight the expertise it gained at the highly corrosive Lacq field in France and then applied around the globe including at its Elgin/Franklin gas platform in the North Sea, where the fields were shut after a leak in May.

Shell and Exxon also can offer technologies of their own to remove sulphur and carbon dioxide from gas.

“Total is wheeling out the big gun in the shape of President Hollande to support their bid, but Shell seems to be confident it can win,” one industry source said without elaborating.

Hollande will also be accompanied by heads of other companies including Suez Environment, Areva, EDF and Veolia. More than 500 French companies operate in UAE, giving France a 2.5 billion euro trade surplus with the country, its fourth-biggest in the world.