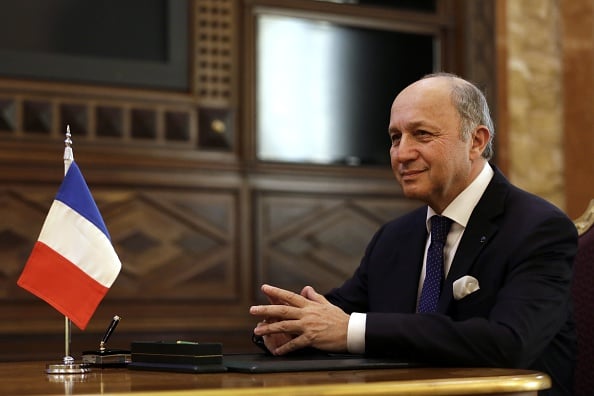 France has asked its firms to prepare a return to Iran ahead of a likely deal with powers to curb Tehran’s nuclear program, but Paris’ tough stance in talks and ties with Sunni Arab states means its “love-hate” relationship with Iran will continue.

Despite a long history of commercial, political and social links with Iran that even saw Ayatollah Ruhollah Khomenei exiled near Paris in 1979, France has arguably been the most demanding among the six powers negotiating a final accord.

The talks will continue past Tuesday’s deadline for a comprehensive agreement intended to open the door to ending sanctions that have crippled Iran’s economy in exchange for limits on its most sensitive nuclear activities for at least a decade.

France’s position risks alienating its companies once international sanctions are lifted and Iran is able to collect debts from overseas banks that may exceed $150bn and attract companies to invest across all sectors, from its ageing hydrocarbon-based energy system to transport and general construction.

“Everyone is looking at Iran with greed,” said a senior French official. “It’s an important market, but it’s not the only one. There was a strategic decision to be made on who could face Iran as it pushes its pawns in the region. That’s Saudi Arabia and Egypt. That’s the choice we’ve made.”

Paris repeatedly points to its longstanding hard line on weapons proliferation – it first began talking to Iran in 2003 over its nuclear programme – as proof it is acting from a point of principle when it comes to negotiations with Iran.

But it is also true there has been a hawkish shift toward Tehran under Presidents Nicolas Sarkozy and Francois Hollande, who have respectively aligned themselves with Qatar and Saudi Arabia, Shi’ite Iran’s main regional rival.

SALES TO THE GULF

Similar positions on conflicts across the Middle East and Iran’s role in them as well as what some Arab countries perceive as disengagement on the part of traditional ally the United States, have helped France nurture new commercial links where once Britain and the United States were dominant.

Iran has been expanding its influence across the Middle East, from Iraq to Lebanon, and Syria to Yemen, which is the latest theatre in Shi’ite Muslim Iran and Sunni Saudi Arabia’s tussle for power in the region.

“The Saudis are the heavyweights in the zone and their influence goes beyond their borders. We’re playing that to the full,” said a French diplomat.

The results are there to be seen. Paris has sold fighter jets, warships, helicopters and satellites to Qatar, Egypt, Kuwait and the United Arab Emirates over the last year, lifting military sales over $15 billion.

Since being invited by Saudi Arabia, the world’s largest oil exporter, to attend a regional leaders’ summit in May – a rare privilege for a head of state – Hollande has signed contracts worth $12 billion including the sale of Airbus planes.

Ironically, as Western powers warn of regional nuclear proliferation if the agreement with Iran is weak, France last week became the first country to sign feasibility studies to build two nuclear reactors in Saudi Arabia potentially worth more than $10 billion.

Saudi Foreign Minister, Adel al-Jubeir, recently told Reuters France was an old ally and trading partner that had proved its reliability to the Gulf.

“We have common views with regard to the challenges in the region today with Syria, Yemen, Iraq, terrorism and of course Iran’s nuclear programme, and there are very large commercial and military ties between our two countries. We hope to increase those.”

NO WORRIES FOR IRAN DEALS

Historically, French firms ranging from automaker Peugeot to oil major Total were key players in the Iranian market, but European Union and U.S. sanctions adopted in 2011 scared French firms away.

A recent charm offensive has seen Iranian ministers, including the deputy oil minister, pass through Paris to whet the appetite of business-hungry executives. France-based Iranian businessmen have also been hired by Iranian authorities to revive links with their local counterparts.

“I tell French companies that even if there is a deal it will take time and that the lifting of sanctions will only slowly begin in 2015,” said a senior French diplomat involved in the talks who recently briefed firms on the prospects of a deal.

He told them that firms from other countries including the United States and Germany had already positioned themselves and there was “no time to waste”.

The diplomat confirmed that should there be an agreement Foreign Minister Laurent Fabius, who some diplomats say has a personal animosity to Iran since he was prime minister in the mid-1980s, would travel to Tehran quickly after.

“Sooner or later the nuclear conflict will be resolved and France needs to decide on its position now. I am certain that the businessmen will have more realism than the politicians.”

Despite the overtures, French officials make it clear that in the immediate future Iran will play second fiddle to Sunni Arab states commercially and politically.

At home, that stance has brought some criticism, with some lawmakers saying Paris is thinking short-term, picking Sunnis over Shi’ites and leaving itself out in the cold in Iran.

“It’s not because you’re the first one in that you’re the first served,” a second senior French government official said, dismissing their concerns. “We’ll be ready. Don’t worry about our firms.”