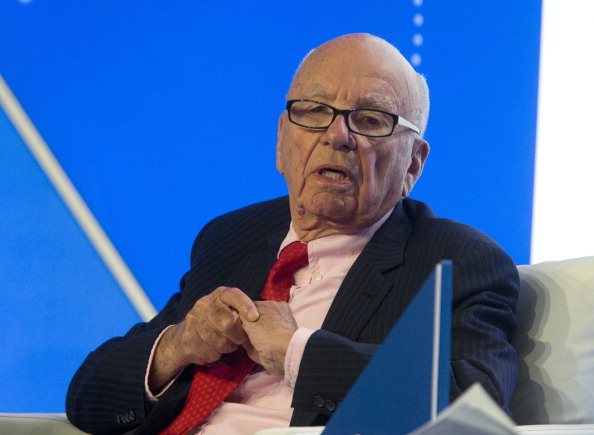 The surprise announcement appeared to cut short what many investors had viewed as an inevitable battle of attrition over a deal that would have joined two of Hollywood’s biggest studios and TV networks from TNT to Fox News.

Still, some investors wondered whether the move could be a shrewd effort to drive down the stock, prompting Murdoch to re-enter the fray later on.

“This could easily be part of their negotiating strategy,” said Brett Harriss, an analyst with Gabelli & Co, who said Fox could still try again later.

Murdoch, who is Fox’s chairman and CEO, cited Time Warner’s management and its board’s refusal to come to the table to discuss a takeover as one reason for the stunning turnabout.

“Our proposal had significant strategic merit and compelling financial rationale and our approach had always been friendly. However, Time Warner management and its board refused to engage with us to explore an offer which was highly compelling,” he said in a statement released after the market closed on Tuesday.

He also cited Fox’s share price – down about 11 per cent since the offer was unveiled on July 16 – saying it had become undervalued, making the deal “unattractive to Fox shareholders.”

The news of the collapse of the Fox-Time Warner deal was followed – about three hours later – by the implosion of another deal: Sprint Corp’s surprise decision to drop its pursuit of T-Mobile US Inc. It was unclear whether the two cancelled deals presaged any kind of a wider slowdown in what has been a red-hot M&A market in recent months.

Time Warner, which had fiercely resisted Murdoch’s advance, issued a statement saying it was committed to enhancing long-term value. “We look forward to continuing to deliver substantial and sustainable returns for all stockholders,” the statement said.

A source familiar with the matter said that there were no other likely bidders for Time Warner at this point.

Still, Time Warner shares are trading at a premium to the offer, suggesting that some investors believe another buyer could emerge or Fox may return.

But additional people familiar with the matter said Fox, which split off from News Corp last year, is serious about walking away from Time Warner. They cited its announcement of a $6 billion stock buyback. The people were not authorised to speak to the media about the deal.

Fox’s withdrawal may raise pressure on Time Warner to justify its refusal to engage in negotiations.

Both Fox and Time Warner are set to report their quarterly earnings on Wednesday and will face questions from investors and analysts about their future strategies.

The combined companies would have created a media powerhouse with two major studios, cable networks, sports programming and pay-TV channel HBO. A tie-up would have added more muscle to negotiate against media distribution companies that have been going through their own mergers like Comcast’s deal to buy Time Warner Cable and AT&T’s proposal to takeover DirecTV.

The move to walk away is an uncharacteristic one for Murdoch, the 83-year-old media mogul known for his deal-making prowess.

He pounced on Dow Jones in 2007, the publisher of The Wall Street Journal, after making an offer to the Bancroft family that was too good to refuse.

At $5 billion, representing roughly a 67 per cent premium, many thought that Murdoch overpaid. News Corp had to write down half the value a few years later.

Jason Subotky, partner and portfolio manager at Yacktman Asset Management, a large Fox shareholder said, “They showed a willingness to be bold with the proposal and yet were very disciplined. We think this is recognition that buying their own shares back is the most attractive use of capital at this point.”

For now, the statement from Murdoch signals that shareholder value trumps desire.

“This significant return of capital underscores the company’s ongoing commitment to disciplined capital allocation and returning value to shareholders in a meaningful way,” Murdoch said in a statement, referring to the buyback plan.