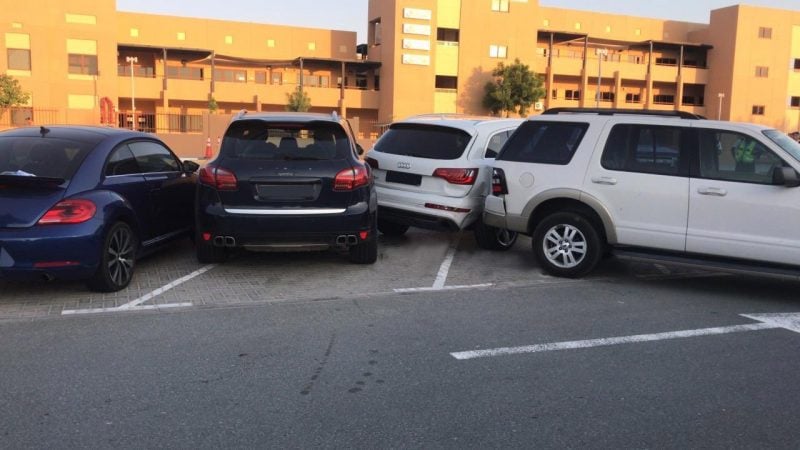 A four-year-old girl died after she was hit by a reversing car outside her school in Dubai’s Jebel Ali on Monday.

The child and her mother were struck by the vehicle in the car park of the Greenfield International School at about 3.40pm, Dubai police said.

The girl died on the spot, while the mother was seriously injured and rushed to NMC hospital.

Brigadier general Adel Al Suwaidi, director of Jebel Ali Police Station, said that the incident occurred when the female motorist – an African, accidentally stepped on the accelerator instead of the brake, which caused her to reverse the vehicle in high speed.

The mother and her child were jammed between the reversing car and a parked one.

The accident also led three other parked vehicles to be damaged.

Al Suwaidi urged motorists to be cautious and focused while driving, especially in school areas, due to the congestion in the movement, both in terms of students entering and leaving schools with parents, and in terms of traffic density.

The incident comes after a school security guard was killed in a similar accident in Dubai last month.

Lil Bahador Pariyar died outside the Universal American School on October 14, after he was struck by car when a parent accidentally stepped on the accelerator.

The case remains under investigation.