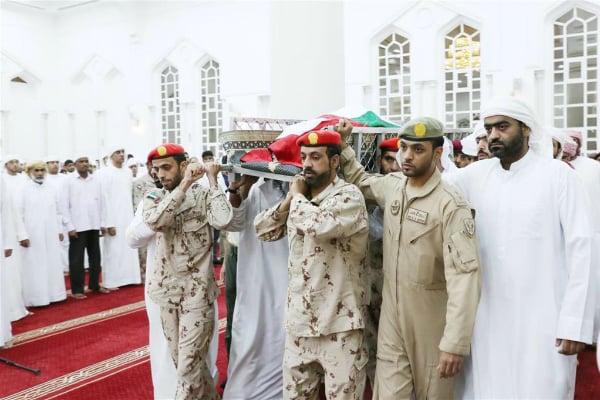 Four members of the UAE’s armed forces died in a helicopter crash in Yemen on Friday during a routine mission, state news agency WAM said on Saturday.

“The General Command of the UAE Armed Forces on Friday mourned the death of the four martyrs, who fell while carrying out their routine duties in Shabwah, Yemen, as their helicopter crash-landed after sustaining a technical failure,” WAM reported.

Funeral prayers for the men were held on Saturday.

The UAE is part of the Saudi-led coalition, which has fought against the Iranian-backed Houthi movement since 2015.