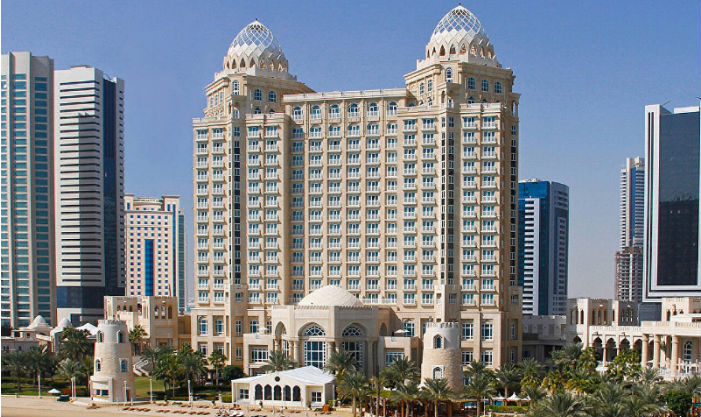 Speaking to Business Traveller Middle East at the Four Seasons Baku, regional vice president Simon Casson said: “A year-and-a-half’s work was done on the piling and foundations at the Pearl-Qatar, and it was all on a fully evolved design, and that’s where it’s sitting.

“When you have a building owned by the Prime Minister, there’s not going to be an economic impediment to it happening, so much as waiting for the right time. There’s a clear reality that Doha has an oversupply of hotel rooms, so you need to be mindful of how you introduce new supply – but it will happen.”

Casson said Doha has seen an “exponential increase in supply and fairly static demand” during the last three years which has diluted rates.

Elsewhere in the Middle East, the operator’s most challenging operation is in Damascus, where its 600-strong team has been trimmed to 150 and occupancy has fallen to between 5-20 per cent. Business travel has been “massively curtailed”.

“We have no senior management on the ground, only middle managers and Syrians. I’m in weekly contact with them and they’re in the most challenging circumstances but it’s essential we remain open for the people that are staying there – journalists, diplomatic and UN staff.”

“There’s so many pundits with more insight than I have, but in my mind, this is a long haul. Such social change is never quick to move, but whatever the regime outcome, the impact on tourism and our business is going to be one of several years.”

The first Four Seasons in Dubai is due to open on Jumeirah Beach Road in the second half of next year.

Casson said after a few “false starts” it is delighted to have a secured a prime beachfront location.

“We’re going to bring something to Dubai that’s game changing – not in terms of spectacular, there won’t be canals or tigers in the lobby, but it will be solid Four Seasons, it will bring consistency and intuitive service, which frankly, I think is still missing in Dubai.”