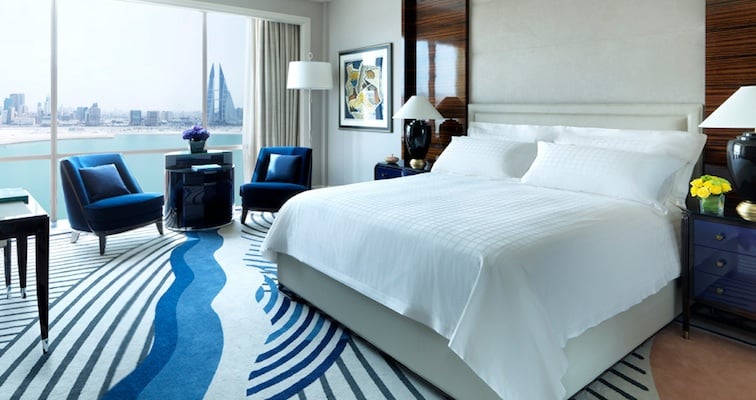 The 273-room hotel, which contains 57 suites, features oversized windows facing north to the Arabian Gulf or south to the Manama skyline. Rooms start from a spacious 47sqm. Alongside five restaurants are five swimming ‘experiences’.

But as befits these business-come-leisure times, MICE is also a key focal point, with a similar amount of space available for meetings and events which can host anything between 10 and 750 guests. Sky Bridge meeting rooms span the 50th and 51st floors.