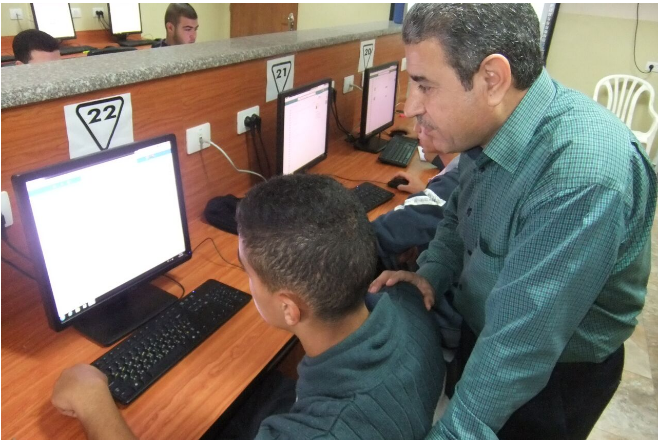 Four teachers from the Middle East have been shortlisted for the Varkey Foundation Global Teacher Prize 2016 which could see them win $1m.

Dubbed the ‘Nobel Prize of teaching’, the award will be handed out at the Global Education and Skills Forum in Dubai on March 16.

Oscar-winning actor and House of Cards star Kevin Spacey is among the panelists who chooses the final winner.

Two of the Palestinian nominees were nominated in light of their work amid the Israeli-Palestine conflict.

Al Haroub grew up in a refugee camp and puts a focus on peace within the classroom, while Zaatar strived to become a teacher despite the conflict of the second Intifada and has become an advocate for women’s education.

Sisan was recognised for his work encouraging dance and performance among his students, while Al Bakaeen was nominated for her charitable work empowering women within the Jordanian community.

Varkey Foundation founder Sunny Varkey said:“We were overwhelmed by the huge support the Global Teacher Prize received in its first year. We intend to keep this momentum going as our journey continues to return teachers to their rightful position as one of the most respected professions in society.

“The thousands of nominations and applications we received from every corner of the planet is testimony to the achievements of teachers and the enormous impact they have on all of our lives.”

Space added: “When I was starting out, I was inspired by an older, more experienced actor, who told me that he thought I ought to go into acting professionally. That’s the kind of mentoring and personal support that every young person needs to realise their potential.

“It’s the kind of encouragement and guidance that good teachers give to their pupils every day. However much we achieve in life, we all began learning the basics from a teacher in a classroom. Those that teach – devoting their talents and time to nurturing the talents of others – deserve to be respected and celebrated.”

The top 50 shortlisted teachers have been judged by a prize committee with the final 10 candidates to be announced in February 2016.

All 10 finalists will be invited to Dubai for the awards ceremony where the winner will be announced.