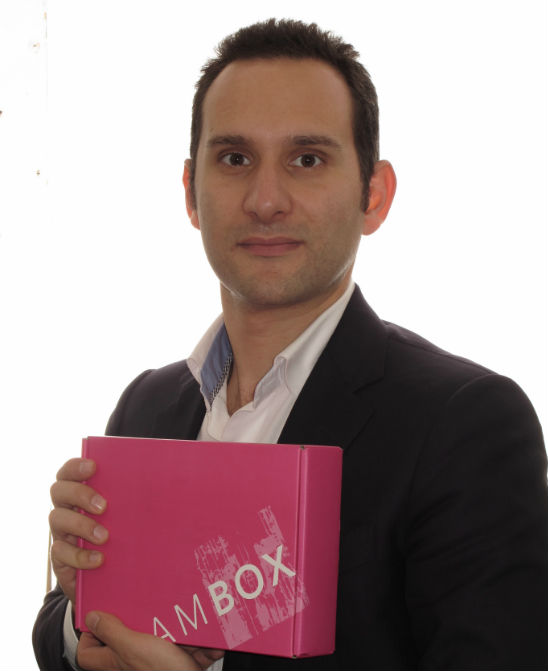 Managing a full-time, senior role at one of the world’s biggest companies would be enough to keep the average person busy. To also co-found a start-up business on the side requires a quality found almost exclusively in today’s entrepreneurs.

Shant Oknayan has that quality. Along with his three co-founders, Oknayan is the brains behind GlamBox, the region’s upcoming e-commerce beauty revolution.

Like Oknayan, his co-founders all hold top jobs at the type of companies most career-orientated people aspire to work for – NBC, Mackenzie and Yahoo. Oknayan himself heads up operations in the Middle East for Google. Not only that, but they all met at renowned management consultancy, Booze & Company. The phrase ‘masters of the universe’ springs to mind.

“We realised that there is so much happening in the entrepreneurial space in the Middle East… we thought with our experience and the roles we cover in the digital space, it would be great to leverage that for something we fully own” – and hence, GlamBox was born.

GlamBox is an internet-based company that offers women the chance to try the latest high-end beauty products, delivered in a luxurious pink box to their doors, before choosing to purchase them or not. Subscriptions start from Dhs50 a month.

“It’s been great, both in terms of the achievements we’ve had as well as some of the challenges we’ve faced,” says Oknayan, describing the first 12 months. “We have very frenetic glamnistas [GlamBox’s name for the brand’s devoted female subscribers] who keep on renewing their subscriptions and we’ve partnered with up to 30 brands now with many participating in the box on a reoccurring basis.”

So why is it working so well? Well for starters the brands in the box are an expensive mix of global household names – Lancome, Neutrogena, Vichy to name a few – and local, niche, hard-to-find products that offer exclusivity.

“These are products that are typically very expensive,” says Oknayan. “For someone to go out and spend $100 on a product that they might or might not like, or might not react well with their complexion or skin, is quite a gamble. This allows them to try before they buy.”

Though it’s hard to measure success for a start-up after its initial 12 months, interest from potential investors and a growing customer base suggests GlamBox has captured the UAE’s interest and found its target audience.

Oknayan puts some of the success down to the region itself, believing they’ve chosen the perfect market to start in.

“The average spend [in the region] I think averages $34 a month on beauty products – the global average is $4.

“There are about 16 million women online today in the Middle East between the ages of 20 to 40. Even if we were to tap into one per cent of that market, that’s a substantial subscriber base which is much higher than what we need to break even.”

Oknayan tells me that expansion into the wider Arab world is one of their future growth targets but they also see no limits to the vertical markets GlamBox could enter – the men’s, baby and health markets are all in sight.

“Our vision is to become the beauty hub of the Middle East, whether it’s to learn about a product, try a product or buy a product. It’s where people will gravitate to because they love and they want to learn more about beauty.”

What about those daytime jobs at the big conglomerates – will it eventually be one or the other? “Finding that healthy balance is challenging but we all manage to achieve it,” Oknayan assures me.

“I like being kept on my toes; I’d rather have both than neither.”