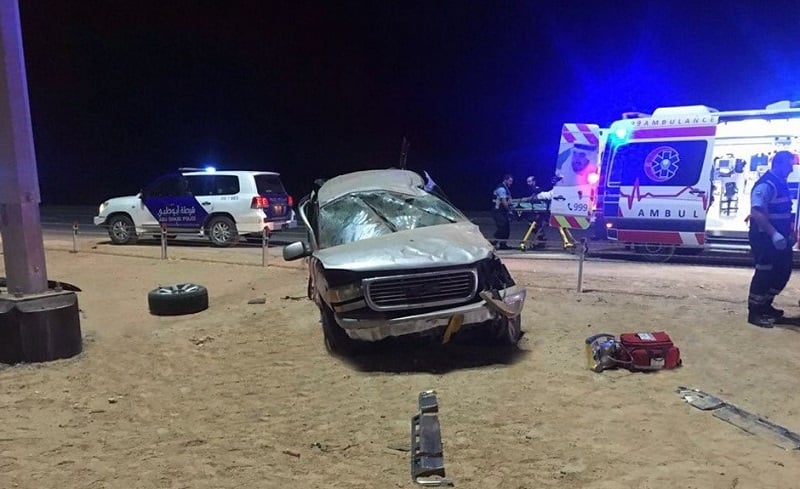 Four people were killed and another four were injured in a traffic accident in Abu Dhabi’s Al Dhafra region.

The people in the vehicle belonged to a GCC family.

All those injured were transferred to the nearby hospital for treatment, police confirmed.

Mohammed Musallam Al Mahrami, director of the Al Dhafra traffic department, said that preliminary investigations revealed that the accident was caused by the vehicle’s sudden swerving. The move caused the 4×4 vehicle to flip in the air and overturn.

He urged motorists to avoid driving when they feel drowsy and tired and drive carefully.