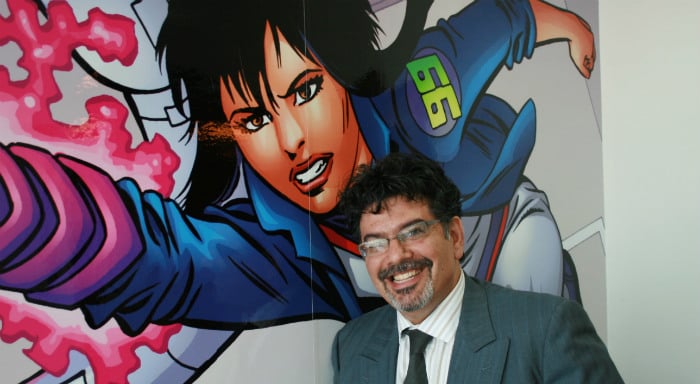 Dr. Naif Al Mutawa, founder of Islamic cartoon THE 99, says he has not been officially informed about a reported ban on his cartoon series in Saudi Arabia.

Media reports this week claimed that the Saudi Permanent Committee for Scholarly Research and Ifta issued a fatwa banning the TV series in the Kingdom for flouting religious values.

The fatwa reportedly accused the series of disrespecting the 99 names and attributes of God, Saudi website Sabq reported.

However, speaking to Gulf Business, Al Mutawa denied any knowledge about the matter, stating that he only read about the fatwa on Twitter three weeks ago.

“Nobody ever contacted me, nobody ever asked me any questions. There have been numerous Twitter campaigns against me for a while now and so for me it’s not new,” he said.

“Maybe it is true this time, but I find it very difficult to believe that a group as influential and high profile as them wouldn’t recognise the good that THE 99 has done for Muslims around the world.

“I can’t image that a body responsible for giving edicts wouldn’t have taken the time to read about the show, watch it, to understand it and maybe even ask me about it.”

He added: “I will be the first person to agree with that fatwa if in fact what it said was correct. So either somebody manipulated them, gave them false information, or what I think more likely, somebody just faked their signatures.”

Started as an Arabic comic book series, THE 99, the world’s first superhero animation based on Islamic culture and society, has now become a global phenomenon.

The comic books, translated into English, have been sold across the world, and it has also been made into a TV series in conjunction with Endemol and is shown in 70 countries globally.

A film, The 99 Unbound, premiered at both New York and Dubai’s film festivals in 2011 and the series has also been turned into a theme park in Kuwait.

The series even caught the attention of US President Barack Obama, who commended it for capturing the imagination of young people through the message of tolerance.

Al Mutawa confirmed that the series has already been airing in Saudi for two and half years now, and that the comic book has been in the Kingdom for seven years.

“This stuff [ban] you would expect to happen when the series first came out. Not after it’s done airing. So it’s a bit weird,” he said.

If the ban is true and the programme is not allowed in Saudi, Al Mutawa says he will not pursue the matter.

“It’s frustrating because if true, it’s based on untruth. Also, we are an Islamic company, funded by an Islamic bank and we received all our approvals from a sharia board, so we did everything right.

“So I want to believe that this is not true, because if it is true, then it’s a sad statement on where we are today, where opinions are given without any facts,” he added.