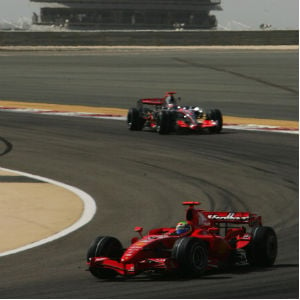 Formula One’s governing body said that it keeping a close eye on the situation in Bahrain as calls for this month’s grand prix to be postponed gathered pace due to continuing violence.

“The FIA is constantly monitoring and evaluating the situation in the Kingdom of Bahrain,” said a spokesman for the Paris-based the International Automobile Federation (FIA).

“We are in daily touch with the highest authorities, the main European embassies and of course the local promoters at BIC (Bahrain International Circuit) as well as the international promoter.

“The FIA is the guarantor of the safety at the race event and relies, as it does in every other country, on the local authorities to guarantee security,” added the FIA.

“In this respect we have been repeatedly assured by the highest authorities in Bahrain that all security matters are under control.”

The April 22 race at Sakhir follows the Chinese Grand Prix on April 15, with teams getting ready to fly to Shanghai after the Easter weekend.

Last year’s race in Bahrain was postponed, reinstated and then cancelled due to a February uprising and bloody crackdown.

The Kingdom has been in turmoil for more than a year with regular opposition party marches and rallies and clashes between riot police and youths in Shi’ite districts involving tear gas and petrol bombs.

Bahrain circuit authorities say the Formula One race, the country’s only global sporting event, contributes some $220 million directly to the local economy and $400-500 million indirectly and are adamant it should go ahead as a force for unification.

However former world champion Damon Hill, who is now a pundit for Sky Sports television, called this week for a re-think on the race going ahead and a British parliamentarian echoed his words.

“In a context where genuine and sustainable reform is taking place, holding a Grand Prix could be a unifying event for the people of Bahrain as well as a positive showcase on the world stage. But things are not at that stage,” wrote opposition Labour MP Richard Burden in a blog.

“Since February last year 45 people have died on Bahrain’s streets. The latest victim was killed by live ammunition only last week.

“F1 teams do race in other countries with unenviable human rights records. But that does not mean it is right for F1 to collude in presenting to the outside world a cocooned picture of normality at the Bahrain International Circuit, when what is likely to be going on just few miles outside the circuit could be very different indeed.”

Bahrain, the first Middle Eastern country to host a Formula One race, has a strong presence in the sport. Sheikh Abdulla bin Isa al-Khalifa sits on the FIA’s decision-making motor sport council while Bahrain also owns 50 per cent of McLaren.