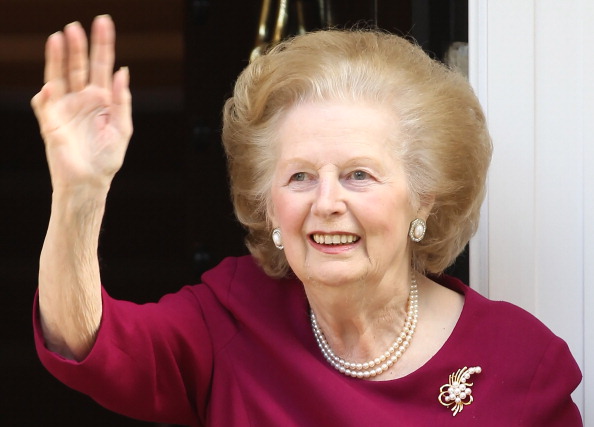 Former UK Prime Minister Baroness Thatcher has died at the age of 87 following a stroke whilst she slept, it was announced on Monday.

Her spokesman, Lord Bell, announced the news: “It is with great sadness that Mark and Carol Thatcher announced that their mother Baroness Thatcher died peacefully following a stroke this morning.”

Baroness Thatcher – known as the Iron Lady – entered politics in 1959 as the first female MP for Finchley – a borough in north London – before becoming leader of her party in 1975.

She became the first female prime minister for the United Kingdom, leading the government from 1979 to 1990, winning re-elections 1983 and 1987. She remained in politics until 1992.

Baroness Thatcher was in power when the UK went to war with Argentina over the Falkland Islands (Las Malvinas) in 1982 and was widely credited along with U.S. President Ronald Reagan for bringing down the Soviet Union and ending the Cold War.

Leaders across the world imitated several of her ideas for a modern globalised economy, including monetarism, privatisation, deregulation, small government, lower taxes and free trade.

Baroness Thatcher, also known as Lady Thatcher, was of increasingly ill health in recent years, suffering several small strokes in 2001 and 2002 and she was diagnosed with dementia in 2008.

Her health prevented her from attending her 85th birthday party in Downing Street, the British prime minister’s headquarters, in 2010 and she was also unable to attend the wedding of Prince William and Kate Middleton in 2011.