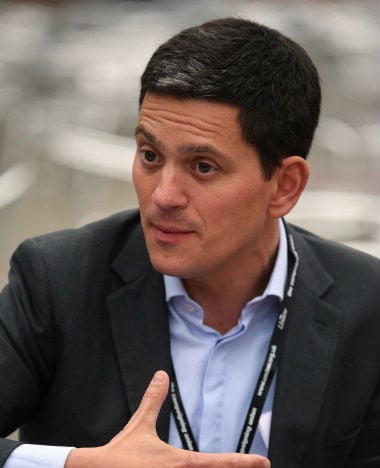 Former British foreign secretary David Miliband has dismissed the loss of the UK’s prized triple-A credit rating at a conference in Abu Dhabi.

“The ratings agencies are lagging , not leading,” Miliband said at the Global Financial Markets Forum on Wednesday.

“They are saying what everybody already knows and has known for years. The conclusion of the rating agency is not the concern, what needs to be addressed is the British economic situation.”

Moody’s Investors Service last week lowered the UK’s credit rating one notch to Aa1, changing its outlook to stable, and predicted economic weakness will continue to weigh on British public finances in the coming years.

“The question is, where is Britain’s locomotive for growth?” Miliband said.

The politician said that UK banking and sovereign debt challenges must be addressed, but this can only come from stimulating investment and innovation.

“Austerity frightens consumers. The only way we will resolve the situation is through investment,” he said.

Miliband stressed that the next two to five years would be ‘tough’ for the Euro zone, while after five to ten years Europe would regain its strength and be an excellent partner.

He pointed to a rising trend towards interdependence globally and the need to cooperate with other sovereign states. “If your neighbour’s house is in on fire, then your house is on fire too,” he said.

The downgrade is the UK’s first since Moody’s began rating its debt in 1978. The new rating is unlikely to have a significant impact on borrowing costs, economists say, but could put further downward pressure on sterling.