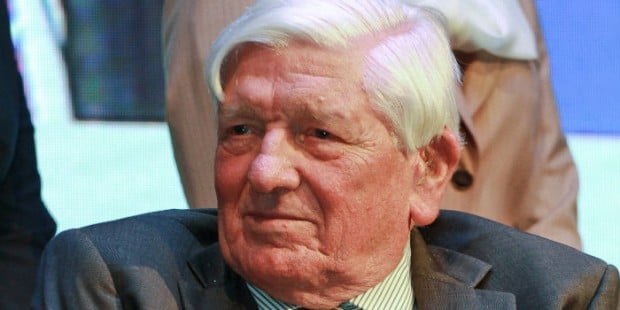 Former Emirates Executive Vice Chairman, Sir Maurice Flanagan, passed away peacefully on Thursday afternoon at his home in London with his wife Audrey and his family at his bedside.

Flanagan left British Airways in 1978 to become director and general manager of dnata (Dubai National Air Travel Agency) and in 1985, he was selected by HH Sheikh Mohammed Bin Rashid Al Maktoum to lead the team to launch Emirates airline with a budget of $10 million.

The airline began operations on October 25, 1985 with the first flight departing Dubai International for Karachi.

During his career with Emirates, Flanagan spearheaded its growth from a two-aircraft operator into a key international airline. The carrier, which posted a 40 per cent growth in its 2014 net profit on Thursday, currently flies to around 145 destinations in over 80 countries worldwide.

The industry veteran was also actively involved in many industry forums, including as a member of the Executive Committee of the World Travel and Tourism Council (WTTC).

Other accolades included Liveryman of the Guild of Air Pilots and Air Navigators and Freeman of the City of London in November 2008, and the Official Airline Guide (OAG) Lifetime Achievement Award during the OAG Airline of the Year Awards 2005 ceremony.

Sheikh Ahmed bin Saeed Al Maktoum, chairman and CEO, Emirates Airline and Group said: “The Emirates Group, and Dubai, has lost a great friend today. Maurice was a man of great character, and a legend in the aviation industry.

“He was generous with his time, forthright in his views, and a person who gave 110 per cent to everything he did. It was a great personal pleasure and privilege to have worked with him.

“His contributions to dnata, Emirates, and Dubai, will always be remembered.”