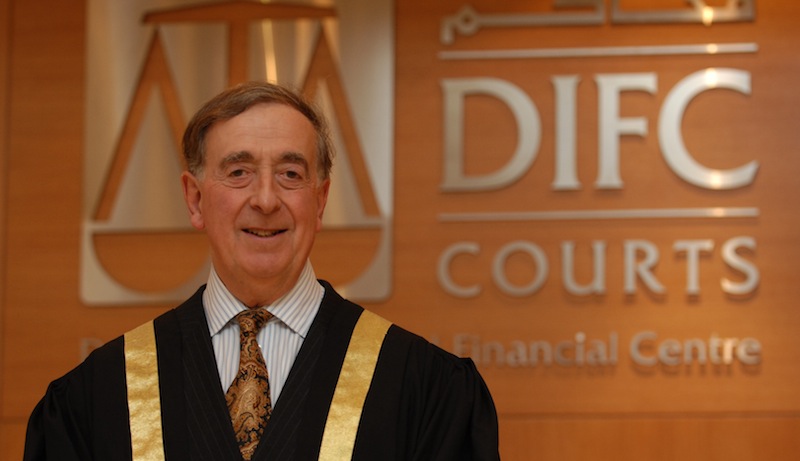 The chairman of the Emirates Maritime Arbitration Centre (EMAC) and the former deputy chief justice at the DIFC Courts, Sir Anthony Colman, passed away on Thursday, July 27. He was 79.

DIFC Courts said Sir Anthony died after a short illness in a hospital in England.

Appointed as a judge of the DIFC Courts from 2008, he served as the deputy chief justice from June 2010 until his retirement in May 2013.

From 2013 onwards, Sir Anthony continued as a judge at the Courts, overseeing ongoing cases initiated before his retirement.

He previously served as the head of the English Commercial Court and also wrote a textbook on the procedures and practices in the field of commercial law and the management of commercial courts.

“He was universally admired by his colleagues on the Bench, as well as by the lawyers who appeared before him.”

DIFC Courts chief justice Michael Hwang said: “Sir Anthony’s contributions to the development of our Courts in their formative years were far-reaching and helped immeasurably to enhance our reputation as one of the world’s leading commercial courts.

“The DIFC Courts have lost one of our pioneer judges: we mourn his passing and acknowledge his great role in our history. We have also lost a respected former colleague and a dear friend, whose memory will live on in our hearts. We extend our sincerest condolences to Sir Anthony’s wife, Lady Angela Colman and their family at this sad time.”

He also played a key role at the EMAC, helping to resolve maritime disputes as per international best practices and guidelines.

“As a former judge and international arbitrator, Sir Anthony continued to advocate EMAC’s development as a milestone for the region.

“Each one of us not only grieves at the passing of an incredible individual, but also for his family’s loss,” he added.