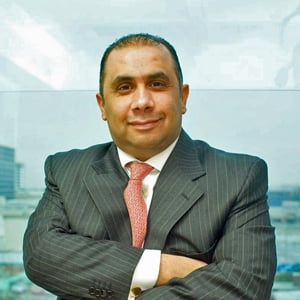 A US businessman who jumped bail in the United Arab Emirates only to be sent back for trial has been convicted of multi-million dollar embezzlement and sentenced to 15 years’ jail, court documents showed on Tuesday.

Zack Shahin, former chief executive of Deyaar, one of Dubai’s biggest property developers, and three other men were fined Dhs28.5 million ($8 million) in the latest conviction since the emirate stepped up its fight against corruption after a 2009 financial crisis.

Arrested in 2008, Shahin went on hunger strike in jail last May and was released on $1.4 million bail in July after Washington expressed concern about his health. He fled to Yemen, where he was arrested in August and deported back to the UAE.

According to the verdict obtained by Reuters on Tuesday, Shahin was convicted on Monday of “intentionally damaging the interest of Deyaar” and embezzling Dhs30 million along with the three other men, all foreigners.

The three others were sentenced to 10 years each, the court document said. One was a Briton who had fled the UAE and remains on the run, it said. The identities of the others were not disclosed.

Shahin still faces at least one other charge, of embezzling Dhs237 million along with eight other suspects. The court referred that case to a committee of financial and accounting experts for their opinion.