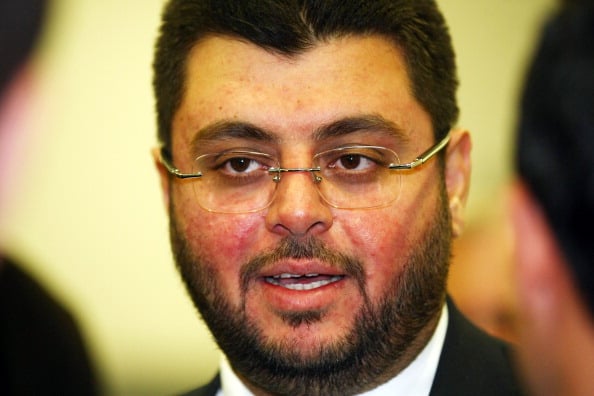 The former chief executive of Arabtec Holding said he had three offers for his 28.85 per cent stake in the Dubai contractor but was holding out for more than double its current value following a slump in the share price.

Management turmoil at Arabtec has dominated Dubai’s stock market, pulling it into bear territory on Monday and contributing to a further 6.7 per cent drop in the benchmark index on Tuesday.

Investors have been dumping Arabtec stock since stakeholder Aabar Investments trimmed its holding earlier this month, fanning speculation that it might exit entirely and upset the company’s rapid expansion plans.

The subsequent departure of CEO and top shareholder Hasan Ismaik after 21 months at the helm, with other executives following in his wake, deepened the impression of management turmoil, exacerbated by a lack of explanation from the company.

Ismaik, who has not explained the reasons behind his departure, told Reuters on Tuesday he had offers to buy his holding – the largest single stake in the contractor – from government entities and an international construction firm.

But he would not be drawn on who the offers were from or whether Abu Dhabi state-owned fund Aabar – the other main shareholder in Arabtec – was one of the interested parties.

Aabar, which cut its stake by nearly three per cent to 18.94 per cent this month, has helped establish Arabtec as a vanguard of efforts by the United Arab Emirates to boost Egypt’s struggling economy, helping the company secure a $40 billion contract to build a million homes in the north African country.

It has repeatedly declined requests for comment in relation to Arabtec since the saga began.

“If the offer is more than Dhs6 or Dhs7 a share, maybe I will sell,” Ismaik told Reuters by telephone.

When asked about the recent slump in the share price and its impact on his thinking, he added: “I know there is a problem, but if I don’t get the right price, then I will keep it, as I believe the company (share price) will come back.”

At Tuesday’s closing price, Ismaik’s stake would be worth Dhs3.96 billion ($1.08 billion), according to Reuters calculations.

Arabtec shares fell on Tuesday by 10 per cent, the maximum allowed under stock exchange rules, to Dhs3.12, the seventh trading session in the last 12 in which it has hit the price drop limit.

Arabtec’s shares are now down 53 per cent since the start of June after more than doubling in price in the first five months of 2014, leaving investors pondering the company’s real value.

Bank of America-Merrill Lynch slashed its target price by a third to Dhs4.2 on Tuesday, according to a note obtained by Reuters.

“We view the lack of clarity on the strategy changes and the recent wave of firings as evidence of rising governance risk, and we believe a higher equity risk premium is warranted at this stage,” the bank said, adding it would maintain its ‘neutral’ rating on the stock until management provides more detail on its strategy.

Ismaik, whose holding in Arabtec jumped to 21.46 per cent from 8.03 per cent at the end of May, before increasing to its current level earlier this month, said he did not foresee any problem from the regulator, banks or the company itself in offloading his stake.

“Of course, there is no problem. I can sell my shares, even to an international investor,” he said. Foreign investors including Jordanian-national Ismaik held 45.82 per cent of Arabtec on Tuesday, according to bourse data, just below the 49 per cent limit.