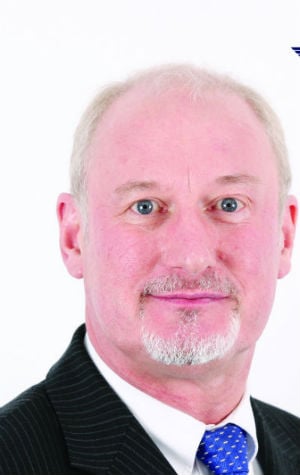 One hundred years ago, on January 1 1914, a single plane with a single passenger crossed the bay from St. Petersburg to Tampa in Florida. That flight was the first scheduled commercial passenger flight in history.

Since that first hop across the bay, aviation has grown to service nearly 3.3 billion passengers a year across nearly 50,000 air routes. It is an amazing story of growth which has benefitted every corner of the globe, not least the Arab region.

The latest figures from Oxford Economics estimate that in the Middle East, two million jobs and around $116 billion of GDP are supported by aviation. Traffic is growing at 10 per cent this year, and the prospects for the future look good.

According to the new IATA 20-year forecast, the Middle East will be the joint fastest growing region, expanding nearly five per cent per annum. By 2034, there will be more than 380 million passengers passing through the region every year.

That growth is being driven by rising incomes, favourable demographics, and the falling cost of air travel.

Aviation in this region has also benefited enormously from strategic investments and very positive policies by governments, particularly those in the Gulf.

However, this story of success does not mean that there aren’t significant challenges to be addressed, particularly with respect to air traffic management and regulation.

It is crucial that the Arab region learns from Europe’s mistakes and ensures that air traffic management does not become its Achilles heel in its bid to grow air transport.

Airspace constraints in the Gulf mean delays for passengers and additional costs for airlines. The lack of capacity is a great concern and greater civil-military cooperation for the flexible use of airspace is urgently required.

The players in the region need to buy in urgently to a vision for seamless airspace management and then work together in a team effort to make it happen. Technology should be implemented in a cohesive way so that one country does not overinvest in systems that cannot be used across the region.

Smart regulation is desperately needed for aviation connectivity to thrive.

But there is growing evidence that governments in the region are tempted to emulate some poor legislation originating from Europe and the US, particularly with regard to consumer protection.

IATA’s core principles on consumer protection, endorsed by our membership at our 2013 Annual General Meeting, are based on lessons learned from existing regimes.

They attempt to minimise the unintended consequences of such regulatory regimes and strike a balance between protecting passengers and ensuring industry competitiveness. We call on governments to incorporate these principles into their deliberations on this issue.

Aviation has been a huge success story in much of the Arab region. It has an unrivalled reputation for growth and excellent standards of customer service.

However if huge future potential is to be met, it will need a concerted, joined up effort from both industry and governments in order to ensure that infrastructure and regulation are optimised for success.

We have the pleasure of hindsight looking back a hundred years to that first commercial flight across Tampa Bay.

The entrepreneur who organised that first commercial flight, Percival Fansler, said: “What was impossible yesterday is an accomplishment of today – while tomorrow heralds the unbelievable”.

As we look forward into the 21st century, we can see that aviation is poised to enter its next century with the Arab region ready to lead the way.