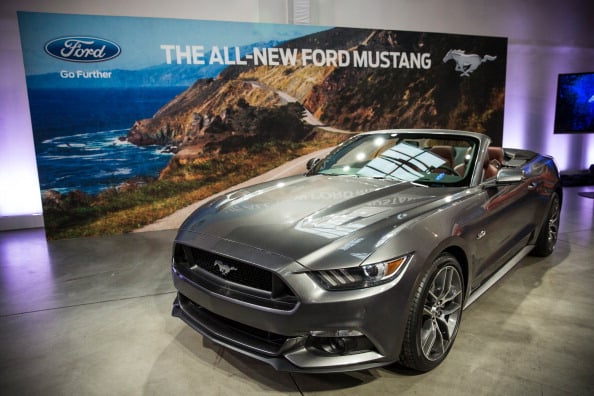 The American car manufacturer, which also owns the Lincoln brand, reported strong growth in the UAE with an increase of 33 per cent in Abu Dhabi and 12 per cent in Dubai.

The Middle East’s positive results come just weeks after the manufacturer announced itself as America’s best-selling vehicle brand for the fourth consecutive year, selling 2.5 million vehicles across the U.S.

“This is an exciting time for Ford here in the Middle East. We have crossed a remarkable milestone in 2013 and we expect a stronger performance this year,” said Thierry Sabbagh, Ford Middle East’s director of sales.

“Our customer base continues to grow in the Middle East, especially in the UAE, thanks largely to the continued commitment of our importer-dealer, Al Tayer Motors and Premier Motors, to growing the Ford business in the local market.

“We are in full swing for a strong start to 2014, gearing up to launch seven new products this year while working to increase service capacity to support our growing customer base as we intensify efforts with our dealers to deliver higher levels of customer satisfaction and lower cost of ownership,” he added.

“The Middle East and Africa is a region with tremendous potential for growth for the automotive industry with sales likely to increase by about 40 per cent to around 5.5 million units by 2020.

“Ford intends to be a strong player in this region, bringing our customers more world-leading Ford and Lincoln vehicles and technologies, while staying true to our principles of being active and supportive members of the community.”