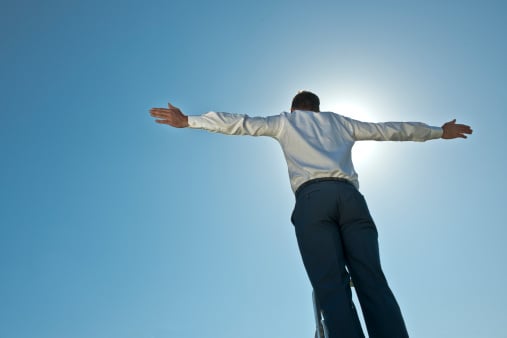 Reach for the stars. Pursue your dreams. Follow your passions. These are the beloved mantras of many a motivational speaker and self-help guru.

However, as career advice, especially for the young, it’s paralysing.

Here’s why: when you ask university students whether they are passionate about something, more than 84 per cent in one Canadian study confirmed they were.

When asked the question what they were passionate about, the response was dance, hockey, skiing, reading, and swimming. Each country has slight variations, so rather than hockey it might be football in another country.

However, what is evident is that none of these passions, at least for 99.9 per cent of students, become a career.

So why do experienced executives peddle this advice to students and young workers?

Unfortunately, conventional wisdom from self-help books makes the case for following your passions. Equally, figures such as Steve Jobs spoke about pursuing your dreams. Yet Jobs’ own life shows that in the years before he started Apple, he wasn’t passionate about technology. He was passionate about yoga, meditation and Eastern mysticism; he only got involved in making and selling computers so that he could finance his next trip back to India. When it unexpectedly took off, he stayed around, realised he was really good at it, and because he was really good at it, became passionate about it.

It’s worth considering the difference between a job, a career, and a calling, as defined by Yale professor Amy Wrzesniewski.

A job, according Wrzesniewski, is a way to pay the bills. A career is a path toward increasingly better work. And a calling? That’s work that is an important part of your life and a vital part of your identity. For instance, my calling is that I’m a storyteller. Outside of my job and career, I pursue this calling by writing historical fiction.

However, I know it won’t pay the bills. Perhaps at some point in the future it will, but not today. Instead of “shooting for the stars” and ending up in the wrong constellation, take things in stages, because at the start of a career you really don’t know what you are going to love doing. Equally, most entry-level roles are not that interesting, and you’ll find your passion soon sizzling out. It’s better to work hard at the job you have, and become as good as you can, by forcing yourself through it, allowing your skills and craft to develop.

Some writers refer to the rare and valuable skills we develop as “career capital.” Becoming really good will mean people start to take notice of your efforts. Soon enough, your next job – and more interesting work in your career – will be knocking at the door.

If you can approach work like a craftsperson, your focus is on what you can offer the world, as opposed to what the world can offer you. This enables you to sharpen skills which get you ahead. A craftsperson does not become anxious about identifying the perfect job; they get on with the job at hand and become really good at it.

As the American satirist and novelist Mark Twain said: “The two most important days in your life are the day you are born and the day you find out why.”

Finding your passion is about what defines you, makes you who you are. It’s not what pays the bills.

My advice: don’t give up the day job while pursuing your passion.