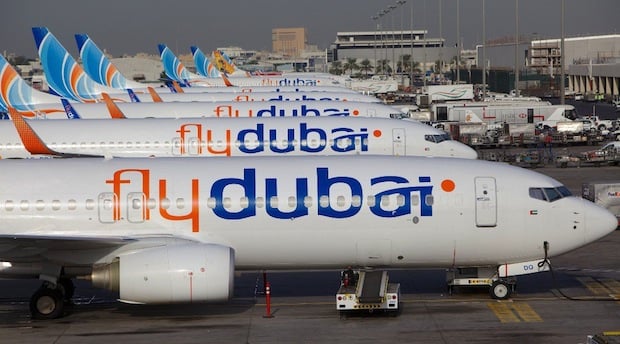 Dubai-based airline flydubai will begin services to two new destinations in Russia – Makhachkala and Voronezh – and also resume flights to Ufa, it announced on Tuesday.

Flights to Makhachkala and Voronezh will operate twice a week, starting October 31 and October 29 respectively.

Flights between Dubai and Voronezh International Airport will operate on Wednesdays and Sundays. FZ 941 will depart Dubai at 10.40am and arrive in Voronezh at 2.30pm and the return flight FZ 942 will depart the Russian destination at 3.30pm and land in Dubai at 9.10pm.

Fares will start at Dhs1,200 for economy class and Dhs4,500 for business class, the airline said in a statement.

Meanwhile, services to Makhachkala Uytash Airport will operate on Tuesdays and Fridays with return flights on Wednesdays and Saturdays.

Economy class return fares for this route start at Dhs1,450, while business class fares will begin at Dhs4,200.

Flydubai, which began services to Ufa in September 2011 and suspended them in May 2016, will relaunch the route on October 31 with three flights a week – on Tuesdays, Thursdays and Saturdays.

Fares for this route will begin at Dhs1,250 in economy and Dhs4,500 in business class.

Flydubai will be the only UAE-based carrier offering direct air links on all the three routes, it said.

Ghaith Al Ghaith, CEO of flydubai, said the expansion was in line with increased demand for travel from Russia to Dubai.

“Russia has been a key part of flydubai’s network since an early stage in our operations. We entered the market in 2010 and focused on markets that were previously underserved from Dubai,” he said.

“Russian passengers recognise the benefits of direct air links and together with our product offering have helped us to successfully grow our service across the country,” he added.

Travel between Russia and Dubai has increased after the UAE waived visa requirements for Russian visitors, granting them a 30-day free visa on arrival.

The move led to a 140 per cent growth in travellers from Russia to Dubai within the first month since its introduction in February 2017, according to Dubai’s Department of Tourism and Commerce Marketing (DTCM).

Globally, it operates flights to over 90 destinations in 44 countries.