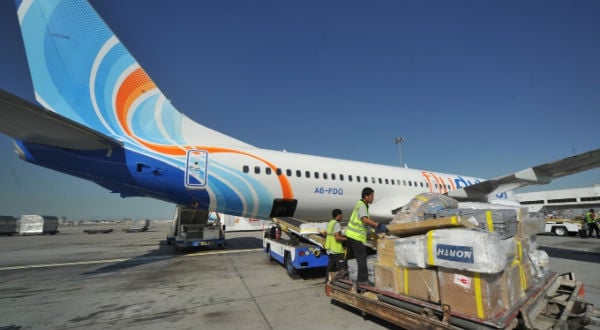 Dubai-based low-cost carrier flydubai has announced that its cargo division has expanded its operations across the world.

Flydubai Cargo, launched in January this year, will now transport goods to points in Europe, the US, Australasia and the Far East along with destinations in the MENA, it said in a statement.

Flydubai CEO Ghaith Al Ghaith said: “We set up our cargo division with the aim of making the transport of goods simple, accessible and affordable. Through these interline agreements we have opened new routes and thus new avenues for trade.”

Apart from direct destination services, the cargo network also serves as a via-point for several traders, said the statement.

“Manufacturers in Serbia, for example, export specialist sporting and spare parts to Australia via Dubai, while ship spares are transported from Amsterdam to the GCC and the Indian subcontinent.”

Goods travelling on flydubai flights can be connected in around one hour of arrival in Dubai, while it takes upwards from eight hours to move shipments carried by interline partners.

The freight operator will also begin offering direct links from Dubai to Bucharest in Romania and Skopje in Macedonia from next month, the statement added.

Flydubai to begin flights to Sohar in Oman

Flydubai to launch flights to Romania’s Cluj-Napoca in November