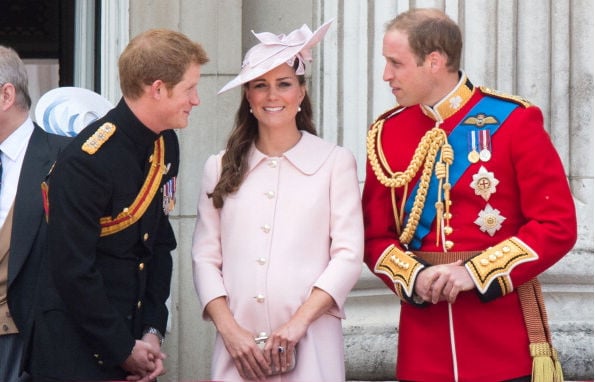 Media outlets have already taken up their positions outside the St. Mary’s hospital in the UK, where Kate Middleton will be delivering the anticipated royal baby in the next few days.

Predictably, William and Kate’s first child has already started receiving gifts, including a special traditional baby basket all the way from Finland and a £10,000 jewel-encrusted, 18 carat white gold charm bracelet, which doubles as a nappy rash cream holder from celebrity designer Theo Fennell.

But the royal baby will also spread the love as soon as it arrives; it has been revealed that babies born on the same day will each receive a “lucky” silver penny.

As the UK awaits its royal bundle of joy, Gulf Business checks out some of the lavish gifts received by other celebrity babies.

1. Blue Ivy Carter, the one-year-old daughter of music mega stars Beyonce and Jay-Z, is certainly a pampered baby. While her parents reportedly ordered a $50,000 diamond and crystal encrusted pram from a Dubai designer, they have also prepared a 2,200 square foot nursery at home for their little princess.

2. North West, the little baby girl born this year to Kanye West and Kim Kardashian, was showered by bling by her parents and their friends. According to reports, Beyonce and Jay-Z spent up to $7,600 on gifts such as a three-piece sterling silver Elsa Peretti Padova baby set and a pair of personalised Christian Dior booties.

3. Elton John and partner David Furnish welcomed their son Zachary John-Furnish with his own $2 million nursery, purchased next to their Los Angeles apartment in 2011.