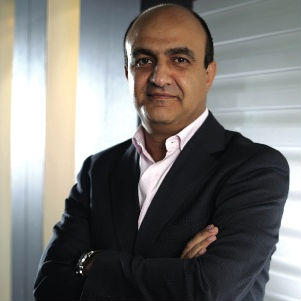 Can you tell us about the trends you see becoming prominent in the MENA advertising industry in 2013?

Change is the only constant in our industry and this is mainly due to the ongoing changes in consumer’s behaviour and demands coupled with the technology development.

Digital and social media in particular will become an integral part of the media mix. Clients have already passed the education and testing stage and they are ready to experiment with this tool. There will be lots of social media pitches and the competition will be between media boutique agencies, media agencies and brand agencies as there’s no agreement or understanding yet on where social media sits.

Engage with a multi-screen user: The consumer’s life is affected by the ongoing developments in technology and we all know how fast these developments are. Nowadays, the consumer has access to several screens at the same time; hence it’s the era of multiscreen access or usage. Gone are the days when we use to just expose the consumer to the brand message. While digital is known as an engaging medium, some of the traditional media have and will continue to evolve to enable engagement as well. Clients will demand more engagement in their communication briefs and agencies have to be ready for that.

Content development: Due to the increased competition between the TV channels, the price of content will further increase, leading to more pressure on the bottom line of the channels which in turn will pass it on to agencies and clients.

Soon you will see that the era of the Turkish drama will begin to recede, similar to what happened to the Mexican drama mid-90s.

Channels will look for other source of content either locally-produced or imported with local market adaptation.

What’s the economic outlook for the MENA advertising sector this year?

In the MENA region, the economy and our industry too, are mainly affected by the political situation. Not withstanding political instability, the pie will increase by around five to seven per cent across the MENA region. Some markets might be flat, but others will enjoy a higher growth rate. TV will continue to grasp the lion’s share, with print losing ground in favour of digital.

In 2012, the net spend on digital media across the MENA region is estimated between $250 million and $275 million (including search) with 20 – 25 per cent growth over 2012, the digital spend represents about seven per cent of the total market. In 2013, digital is expected to grow at least three times faster than the total market.

Do you think there is a problem with plagiarism in the region? How do you suggest this is resolved?

Definitely and this happens across many categories and markets. While it’s important to learn and benefit from best practices, we should not resort to replicating and using others’ work. On the contrary, this should inspire us in the region to come up with new, better ideas and strategies as well. Awards organisers have also a key role to play on that front.