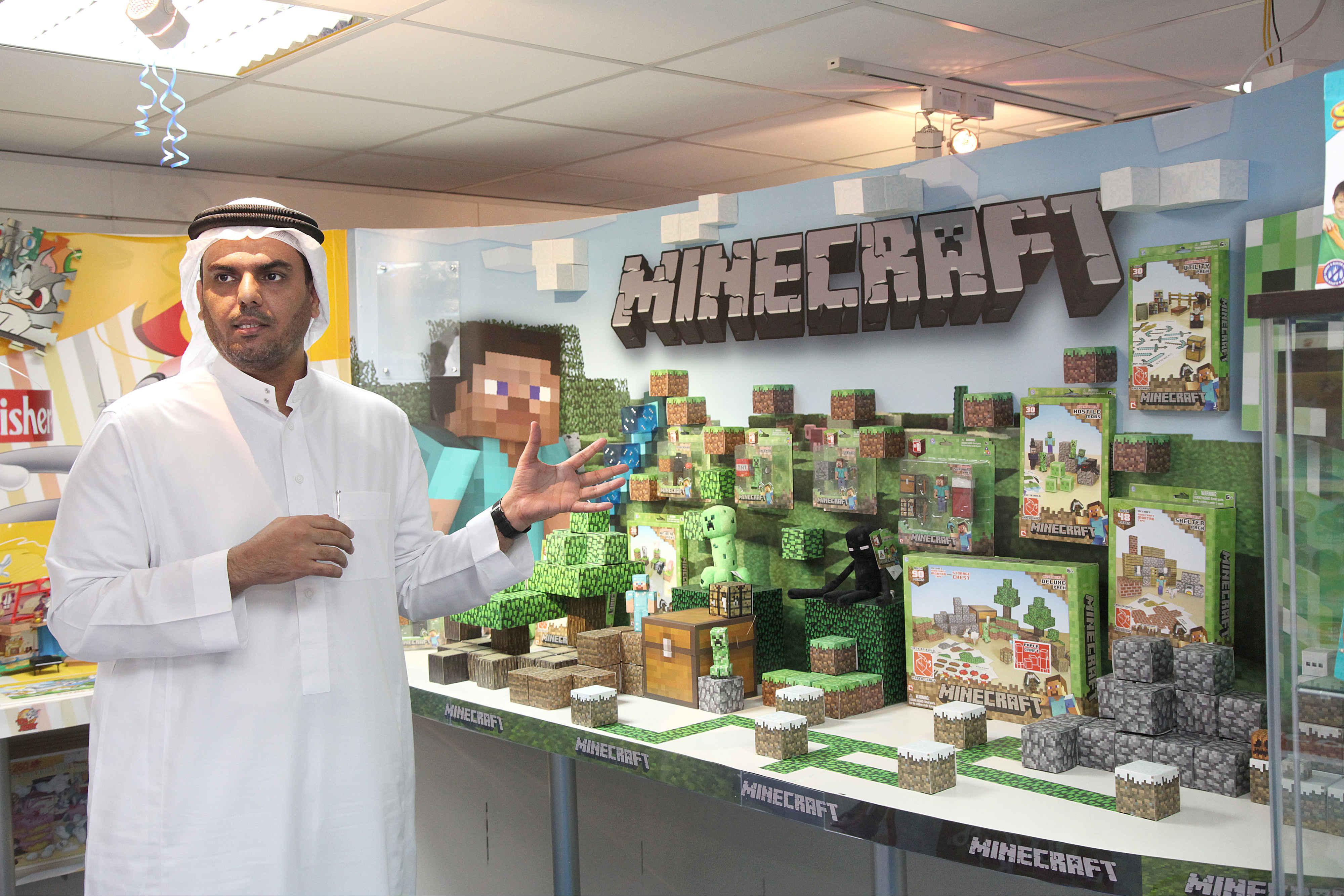 In which countries do you operate?

Toy Triangle began operations in Jeddah in 1991 and has since expanded to Saudi Arabia’s other major cities, all the GCC countries, the Levant and North Africa. There is also Toy Triangle Hong Kong, which is the sourcing and logistics office for the whole group, handling all our safety procedures and documentation, and we have expanded our operations into India.

We represent the A+ toy brands and licenses and it’s very important for us to launch the best products simultaneously when they’re launched internationally.

What is the size of the toy market in the MENA region?

What trends are you noticing in the market?

More kids are looking for products connected to the web, online gaming, downloadable apps and computer games. We believe this is an area a lot of companies are heading towards, and it is the fastest growing segment in some markets. There are also products not very well known in the region previously, like those linked with the videogame Minecraft, which have become popular with kids connected to the internet, even though there is no cartoon or TV series supporting them. We are making Minecraft products available to more children.

Are children moving away from toys like action figures and going towards tablets and mobile devices?

Not 100 per cent, because cartoons are still making action figures popular. International manufacturers also understand the area and are linking their action figures to web functions, pushing growth in that area.

Which of your products are proving most popular in this region?

We have different categories. In education I believe leapfrog, is the leader with its LeapPad 1, 2 and Ultra tablet products, which are also good for the outdoors. Some categories have remained strong over the years like the baby doll, with the Bambolina product leading the market. If you go into action figures Ben 10, Teenage Mutant Ninja Turtles and Power Rangers are performing strongly. In arts and crafts the DIY toys are performing well based off of TV campaigns.

Where will Toy Triangle be focusing its offering in 2014?

We have a small association with Disney and are running pre- school properties Sophia the First and Doc McStuffins. For boys there is a remake of the PacMan game with a completely new animation behind it. We will also focus on developing our core brand this year.

How are counterfeit goods impacting the toy market in the region?

It has an impact for sure but the good thing nowadays is the G-Mark certification for toys makes it difficult for counterfeit goods to enter the market. There are also more international retailers opening shops in the region, reducing the numbers of counterfeit goods further. Therefore the impact is lessening over time.

What characteristics do you look for in employees?

They need to be talented and innovative, with good communications skills and a love for the industry. I always say to the team you have to understand it to love it, otherwise you cannot succeed.

What do you like to do in your spare time?

I’m a football man. Not to play but at least to have the time to go and see my preferred club. I would also like to give more time to my family.