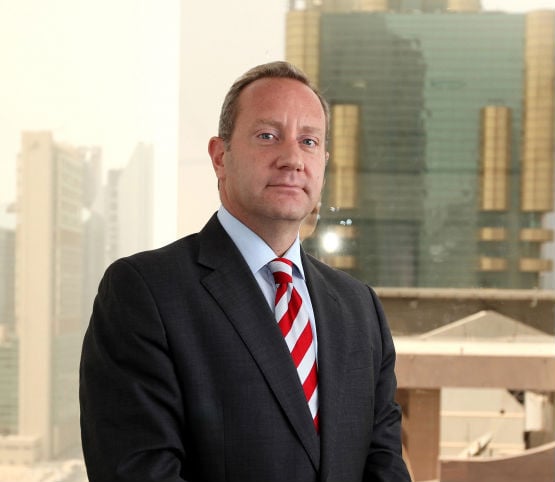 What percentage of BA’s global traffic comes from the Middle East?

Point to point travel to London remains strong and we are seeing increased demand from the region on our North Atlantic routes from both business and leisure travellers. The Middle East is an extremely important region to British Airways and we are continually monitoring our network to see where and when we can increase our routes, capacity and flying schedule.

We are investing further in the Middle East through aircraft upgrades on specific routes and increased frequencies to meet seasonal demands. For example, in 2013 we increased capacity on our Riyadh route while also incorporating an improved flight schedule. In March, we also increased the frequency of our daily Jeddah service and launched a four-class Boeing 777 aircraft on the route.

Across the Middle East, small to medium sized enterprises (SMEs) are a growing segment and it is important that we continue to offer tailored services to these customers. British Airways has always supported SMEs, and we wish to continue facilitating international face-to-face meetings by offering smooth and efficient travel options and point collection through our SME loyalty programme On Business.

We are witnessing double-digit growth in the region with our best performing markets being Bahrain and Kuwait. KSA and UAE are also doing exceptionally well – this we believe is a result of our competitive and generous product offerings.

What new routes are you planning to and from the region this year and into next?

Over the past two years, we have added new routes and increased capacity on existing key routes. We are continually monitoring new destinations and evaluating our route network in order to ensure we are providing customers with the flights they want to the destinations they desire.

We are currently offering 63 weekly flights from eight cities in the region on the summer schedule, with excellent connections through our hub at London Heathrow for business and leisure travellers journeying across the North Atlantic.

What innovations is BA bringing to its service this year?

Airlines today have to anticipate and adapt to consumer needs in order to compete with other strong players in the market. At British Airways customer satisfaction has always been important to us and is reflected across all elements of our service and product offerings.

British Airways is investing more than £5 billion in new aircraft, smarter cabins, elegant lounges, and new technologies to make life more comfortable in the air and on the ground. We are already seeing this investment have a meaningful impact on our services and offering.

In April this year, we launched a new online tool – ‘My Flightpath’, which gives passengers their own personal travelogue as well as the ‘My Passport’ service in which passengers are awarded milestone stamps for the number of countries or flights flown.

In 2013, British Airways became the first European carrier to offer passengers the privilege of using their mobile devices in aeroplane mode for the whole duration of the flight, from the moment of boarding to the moment of disembarking. This option lets customers work through emails or catch up on their reading, allowing them efficient use of their time. The airline also offers in-flight connectivity on its exclusive business class service between the London City and JFK airports.

Has the rise of Gulf carriers made operating in the Middle East more difficult?

The Middle East is a region that is home to airlines that are really making their mark in the aviation industry, while it is also very competitive from other European carriers too. We are very comfortable competing with both, and I am proud to say that we compete well. I strongly believe that this is because we have stayed true to what we believe and what we are here to do: To Fly. To Serve.

British Airways now operates more flights than ever to and from the Middle East. We increased the number of flights we operate from the region to London Heathrow by 40 per cent in the last five years due to a continued high demand, which allows us to further invest in our regional routes.

We are constantly investing in our Middle East business – and over the last 18 months have invested in our Saudi Arabian services in particular. In early 2013 we increased capacity on our Riyadh route by more than 1000 seats per week and also introduced an improved flight schedule, meaning better timings for Saudi customers arriving in London for business, and those connecting to North American flights. The recently launched four class Boeing 777 aircraft on our Jeddah service means that customers from Jeddah will be able to enjoy not just the World Traveller, World Traveller Plus and Club World Cabins but also British Airways’ First class cabin with an increase in over 250 seats each week to London Heathrow’s Terminal 5.

Recent announcements from other airlines have revealed luxurious first class offerings, do you see any value in doing the same?

We offer exceptional comfort and impeccable service in our most elegant surroundings in our premium cabins, including private spacious suites in the air and access to spas, luxurious lounges and fast track airport services on the ground.

We recently refurbished aircraft in our 777 fleet, on top of investing £100 million in our new First cabins, making travelling more comfortable for our customers. In March, British Airways launched daily 777 flights on the Jeddah to London route, giving our passengers from Saudi Arabia the opportunity to enjoy our First cabin on a regular basis as both our Club World (British Airways’ business class) and First class cabins are very popular in Saudi Arabia.

The 787 will become a mainstay of the British Airways fleet over the next few years, and when we take delivery of our first 787-900 Dreamliners next year, they will be boasting our next generation First cabin. We are investing billions in new aircraft, smarter cabins, elegant lounges and new technology to make life more comfortable for our customers. While we’ll wait to unveil the details of the new 787 First cabin until the aircraft arrive next year, suffice to say immense attention has been paid to developing our award winning First cabin, ensuring our signature style is maintained. We’ve also concentrated on the materials and technology used, the space around the seat and the comfort of the bed.

Modern air travel incorporates so much more than just the time spent at 36,000 feet. Our six lounges within Terminal 5 at London Heathrow are the epitome of elegance and luxury and were built at a cost of £60 million. We have recently unwrapped new-look lounge travel spas in our airport lounges including Heathrow, as well as launching new in-flight amenity kits in First and Club World, all in line with our aspiration to make flying as relaxing and pleasurable as possible.

We are seeing that the travel experience as a whole is becoming just as important as the destination, and this is not just limited to the in-flight experience. For most travellers the journey starts from the minute they leave home, so it is important that there is on-going investment in airport services and amenities, in response to the growing and evolving demands of the traveller.

Will you be hiring this year?

We always encourage and support new talent. Under the Middle East and Central Asia teams, we recently welcomed several new team members from the UK and Europe.

What is your leadership style?

First of all I have to say that leadership style is something that should be adapted to the particular demands of the situation, the needs of your team and the challenges facing the organisation in that particular period. Generally speaking I prefer an open, inclusive and participative leadership style. I also set high standards for performance for my team and myself. As a person who believes in tackling challenges head on, I encourage my team to have the same approach and never limit their thinking to a boxed approach. Above all, believing in your people is the best motivation for them to grow and succeed.

What makes the perfect employee?

Perfect is vastly overrated! I admire people who are enthusiastic and committed, who are passionate about the business they are in! A valuable employee is one who exhibits a strong determination to overcome challenges and think laterally, one who is proactive!

In the words of Jim Rohn: “Success is doing ordinary things extraordinarily well”.

Three tips for becoming the boss..

Be passionate about what you do. Be determined to do the best that you can. Keep on challenging existing ways of doing things!

I run a lot ,play tennis and swim – reading is a luxury that depends on my work load for the day!